Community media organizations are constantly looking for new ways to engage audiences beyond their traditional cable television channels while reinforcing their value to members and local residents. Radio and podcasting offer audio-only platform options that can attract participants and audiences in very different ways from their visual counterparts. In the first of this two-part series, we’ll look at how three media centers got their start in radio or podcasting, and the distinct directions they’re each heading.

Community radio advocate Vanessa Maria Graber joined PhillyCAM in 2014 specifically to co-found its radio station. A board member of Common Frequency – a non-profit organization serving community radio stations – and still a member and producer at PhillyCAM today, she led the development of low-power FM (LP-FM) station WPPM-LP (106.5 FM) before serving as its full-time radio station manager until July 2020.

Under Graber’s guidance, PhillyCAM kicked off its audio initiatives by streaming and podcasting before launching the LP-FM. “We started with Internet radio and podcasting, as we wanted to gauge and confirm interest in local radio before actually building the station,” she recalled. “We were sort of testing the water.”

PhillyCAM also introduced a “Do it Yourself Radio” class that teaches community members the fundamentals of audio recording, editing, podcasting, and online streaming. “Our podcasting and internet radio streaming proved quite popular, so we continued to do that while we built out the studio and transmitter site for our LP-FM station. By the time we were ready to go live on FM in 2016, we already had all these people who were trained and creating content, and who had an idea of what they wanted to do for their own weekly programs. I also recruited some producers who were already podcasting to join the radio station, so they were somewhat self-sufficient and could help out a lot of the other members.”

PhillyCAM now has over 100 volunteer producers creating more than 80 hours per week of radio content, as well as dedicated podcasts. While Graber is extremely enthusiastic about the merits of both platforms, she stresses the unique collaborative nature of radio as particularly well-aligned with community media centers’ missions.

“For me, community comes first, and radio is a way to build that,” said Graber. “Having a radio station gives us a physical space as a hub that connects people. They can meet other people, share skills, teach one another, and – most important during times like today when there are critical political and societal topics – have active conversations that are super-important. Radio is collaborative, while podcasting is more independent. You don’t really get that ‘community’ aspect when you’re a podcaster creating content at home, alone at your kitchen table.”

A Pivot to Podcasting

While PhillyCAM’s radio station continues to be the flagship of its audio initiatives, Boston Free Radio is heading in a somewhat different direction. Launched as an internet radio station by Massachusetts’ Somerville Media Center (SCA) in 2011, Boston Free Radio added a podcast studio in 2018 and has recently begun refocusing resources towards podcasting in response to audience trends.

“More and more people started taking the podcasting classes and were really interested in that form, so we created a podcast studio separate from our live radio space,” said McCormack, who also serves as SCA’s Youth Media Coordinator. “People could get certified through our classes to use the podcast studio, then record and edit their podcasts, and share the content with Boston Free Radio for rebroadcast on the live radio station. Before we shut down for COVID, the station was split around 50/50 between live radio shows and pre-recorded podcasts.”

However, declining interest in internet radio has led Boston Free Radio to shift its emphasis. “Internet radio is falling behind podcasting as both an art form and a medium,” McCormack explained. “We had a robust community of live radio show producers for a long time, but that started to fade, and our live radio listenership had really declined. Podcasting, with the analytics people have access to and the flexibility it gives producers and listeners, was a lot more attractive to people.”

That dwindling live radio interest stood in stark contrast to one key element of Boston Free Radio’s expenses. “A big chunk of our station budget was going towards licensing fees to stream copyrighted music on live Internet Radio,” said McCormack. “That just didn’t make sense anymore. Instead of spending that money on copyrighted music for a very small audience, we decided to focus on investing in new podcasting equipment and software, and a podcast hosting site we could use for all the shows produced under our umbrella.”

That's not to say McCormack is negative on radio overall, by any means, and she notes an important distinction. “Let me be clear: internet radio is different from FM radio,” she explained. “You can still get an audience on FM now, and if you have access to a transmitter and can run an LP-FM station, that would be awesome. But from my experience the internet radio model is dead. If people are going to listen on their phone, they want control over when and how they access and play content back. Podcasting is where the audience is. We’ll still keep doing our internet radio broadcast, but more of it may be based on podcasts instead of live, and producers doing live shows won’t be able to use copyrighted music.”

Granite Town Media in Milford, New Hampshire started podcasting in 2019 as a way to engage the community in new ways. “We are always trying to find more ways to inform the public,” said Chris Gentry, the station’s media manager. “By podcasting, we’re now engaging with people as they’re driving to and from work. Many of them have a half hour commute, so we try to tailor our podcast lengths to fit that depending on the topic. People can download the podcasts and listen to them in their car, and we have a lot of folks begging for more.”

In addition to distributing their podcasts through SoundCloud, Spotify, iTunes and Podbean, Granite Town Media has also integrated them into its TV offering as part of its bulletin board rotation. Podcast audio is played while bulletins are displayed on the channel.

Podcasting has also helped the station entice more community members to contribute. “Our town has many folks with great information to share but who don’t want to be seen on TV,” said Gentry. “Podcasting means they don’t need to worry about the picture and what they look like, so they can just focus on the content. For example, our ‘Inside Milford’ podcast takes the public inside our local government, and there was one staff member who was crucial in explaining what was going on but who wouldn’t appear on TV. That person was willing to do a podcast, and the result was that citizens didn’t need to call the town as often with questions. It’s yet another way that podcasting has given our town a greater appreciation of what we do.”

In part two of this series, Graber and McCormack will offer advice and best practices for community media organizations looking to get started in radio or podcasting, and we will look at the benefits of these platforms for the stations and their producers. Click here to be notified when Part II is posted. 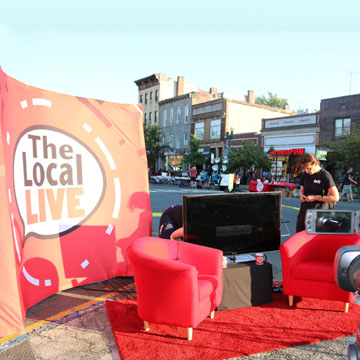 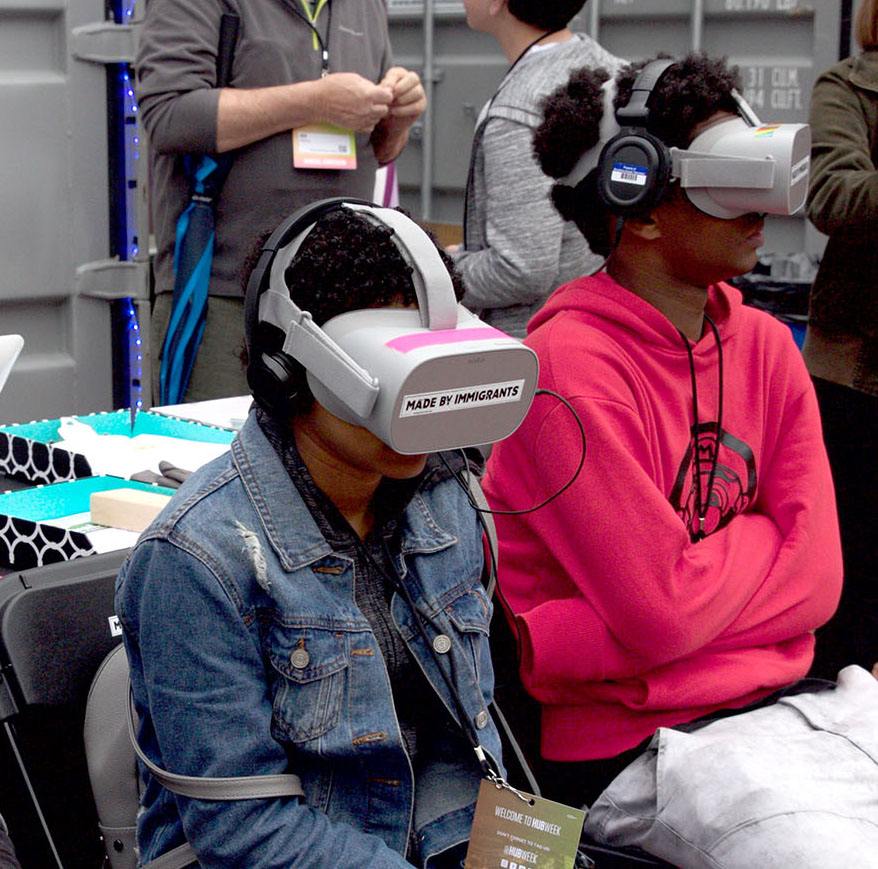 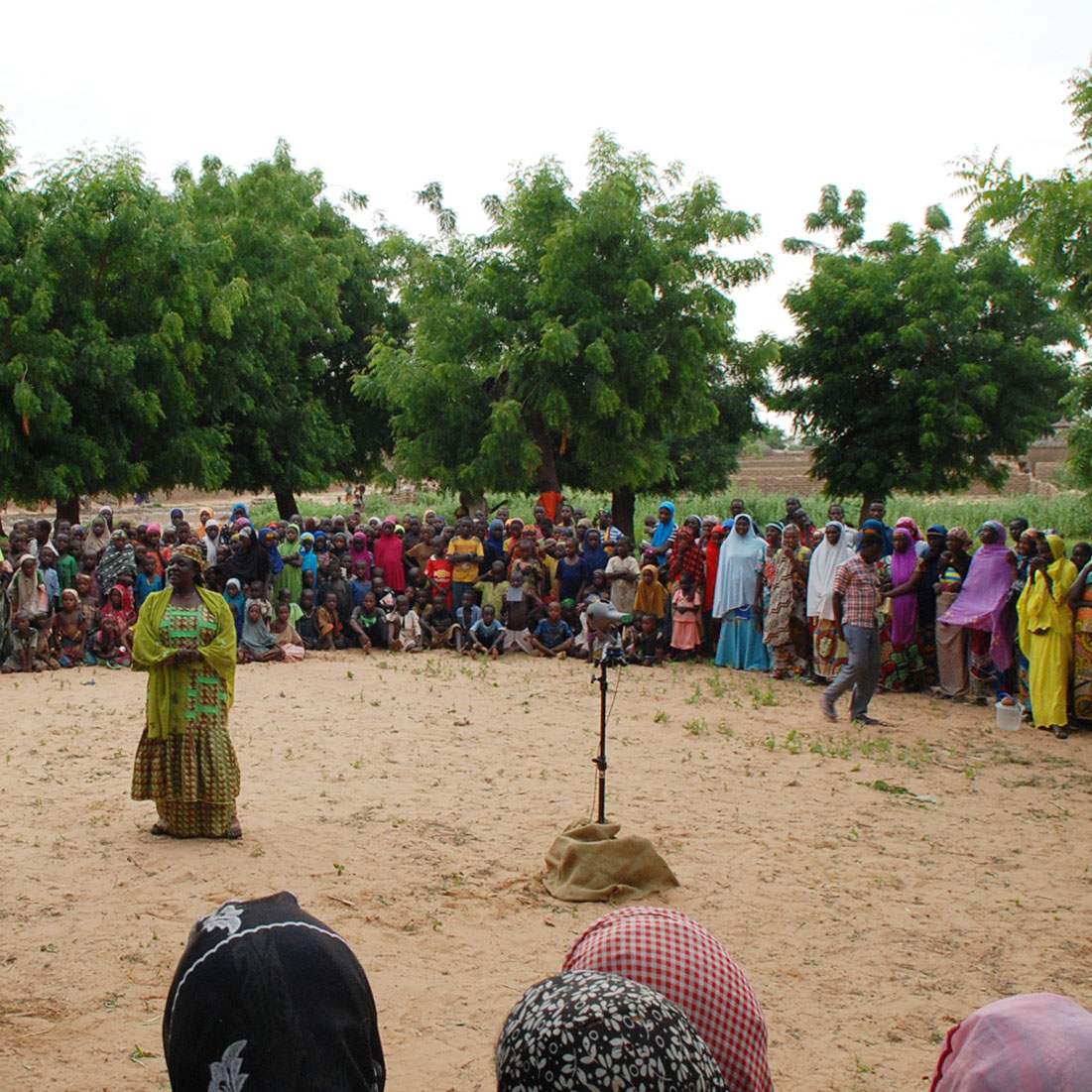 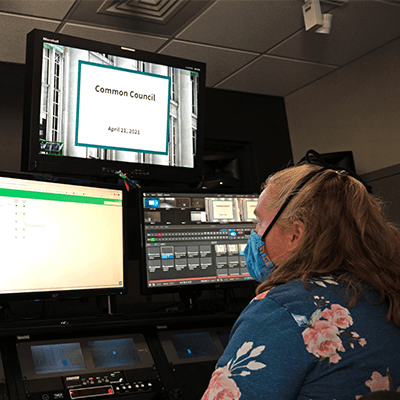 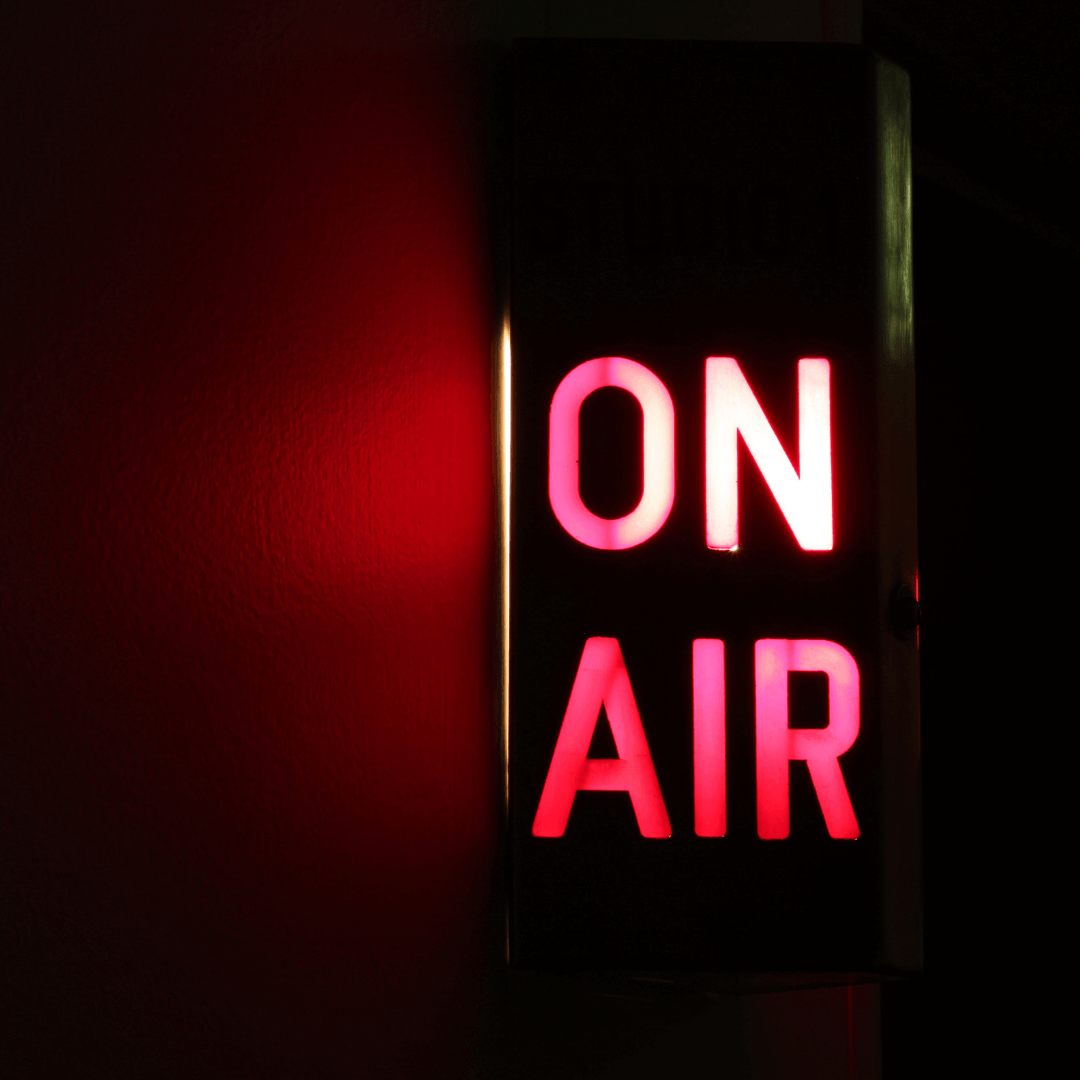 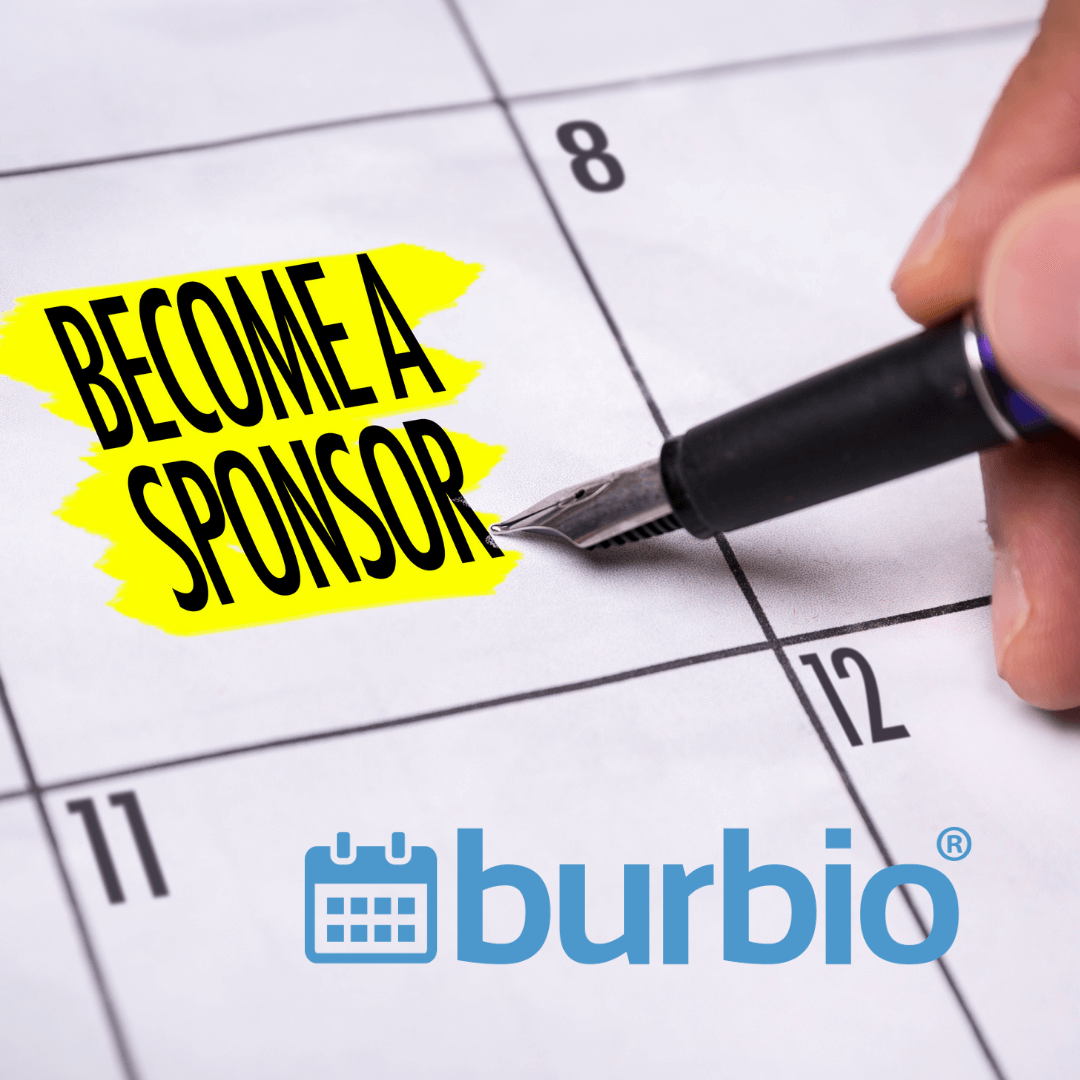