Cablecast solutions were born out of community media centers and much of our staff have come to us from CMCs around the country. We understand, respect and share the values of our customers in the non-profit sector. Read a little more about each team member below. 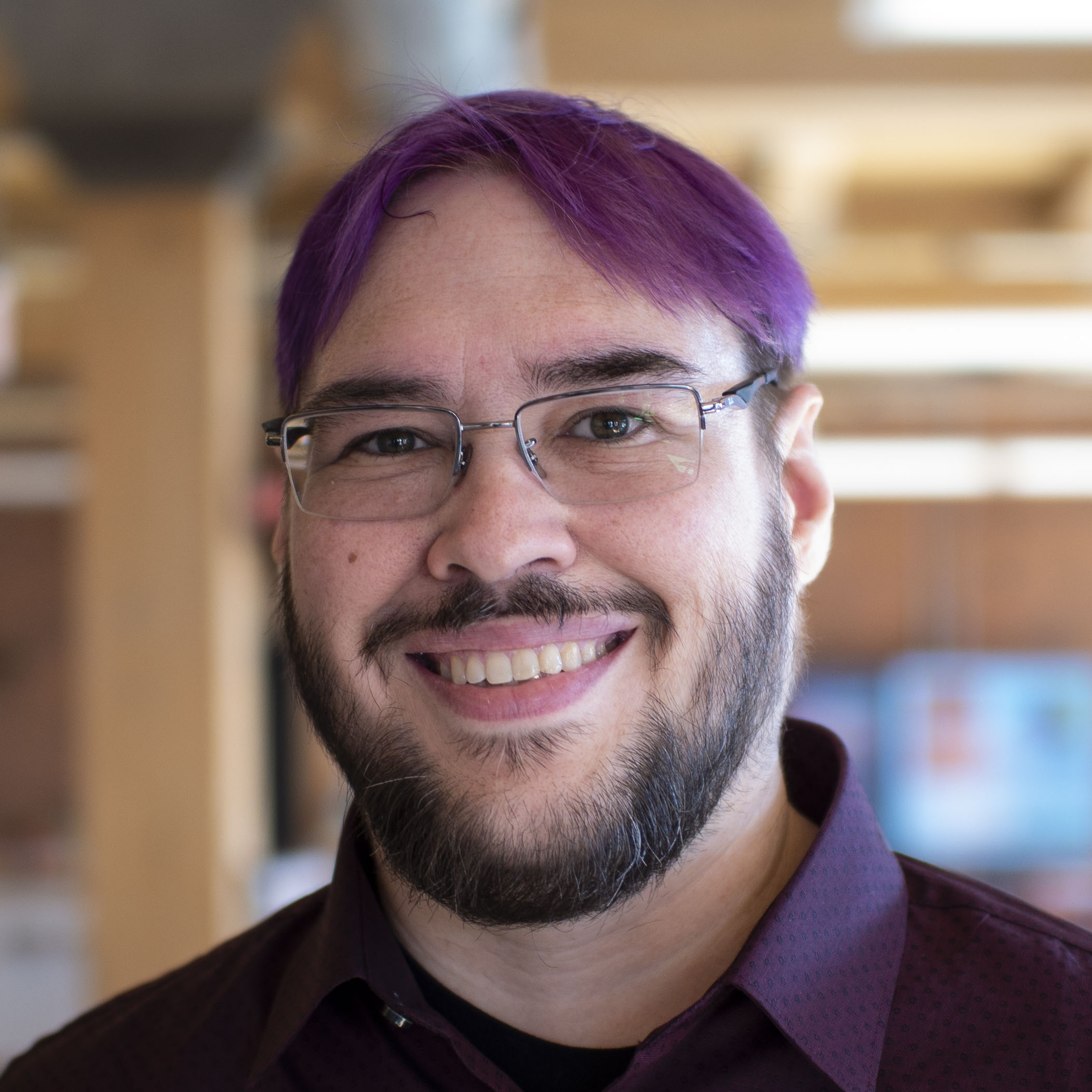 Aaron is a 20+ year veteran of the film, animation, news, and PEG media industries, member of the Society of Broadcast Engineers, and holds degrees in animation, psychology, and philosophy. Before joining Tightrope, he spent over eight years teaching classes, supervising productions and managing operations at a PEG station in Wisconsin. In his downtime, Aaron enjoys doing ambitious craft projects, eating his wife's cooking, and knowing a lot of obscure stuff. 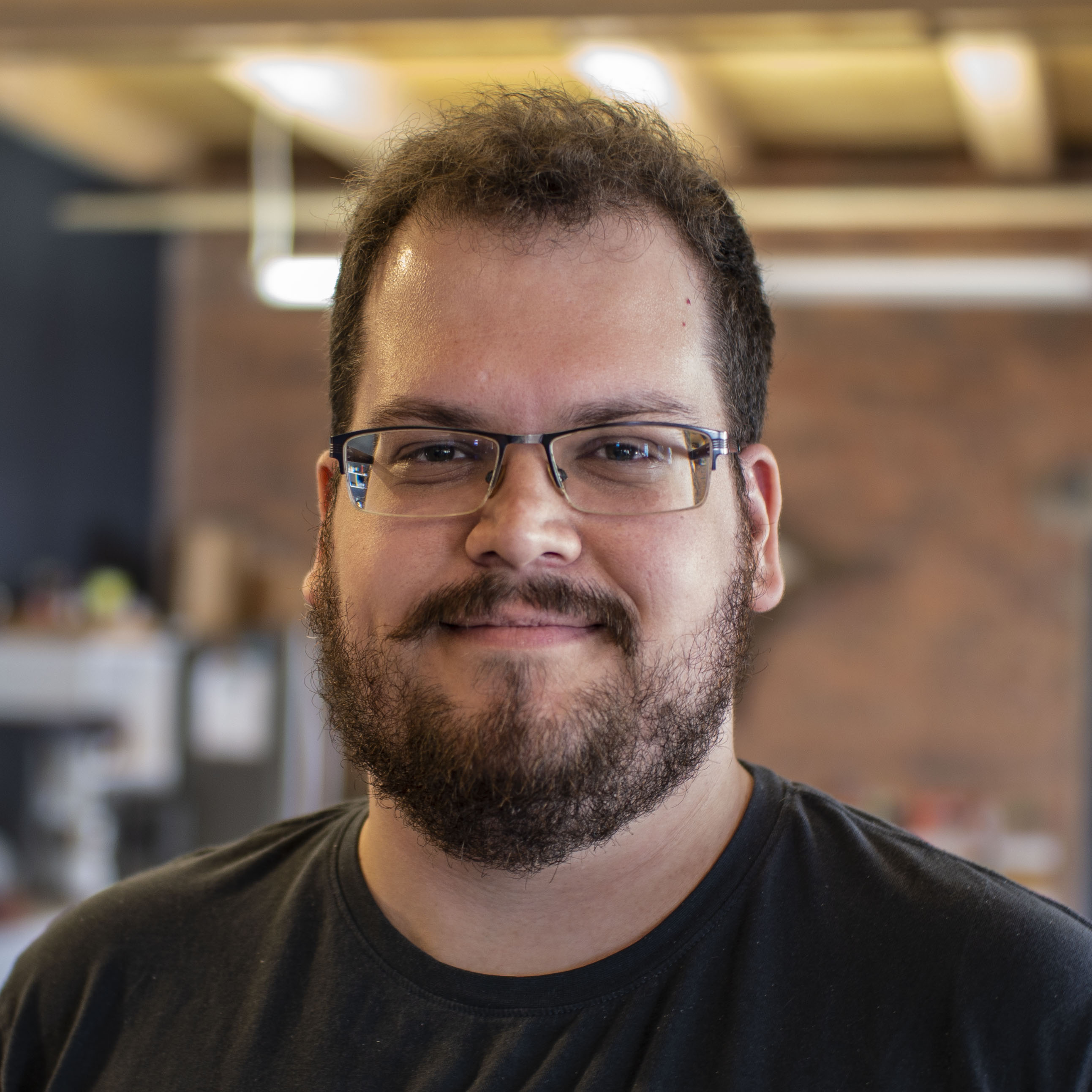 Having gotten an early start tinkering with computers and programming, Alex likes to explore a variety of tech. In his spare time, you can usually find him playing games with friends or modding a retro console. Whatever the case, there's probably some Taco Bell involved. 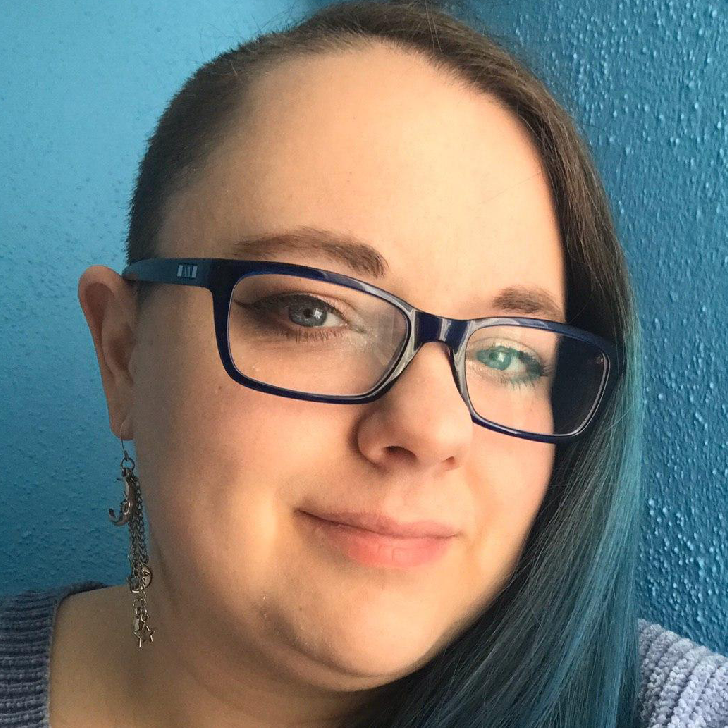 A Minnesota native living in Minneapolis, Amanda found her love of code and graphics at Normandale, before going on to major in Interactive Media Design at Ai Minnesota. Usability is key and clean code is a pleasure. She joined Tightrope in 2020, and when she's not playing with code, she's drawing cartoons or trying out new ways to DIY. Or being roped into a new boardgame with friends. 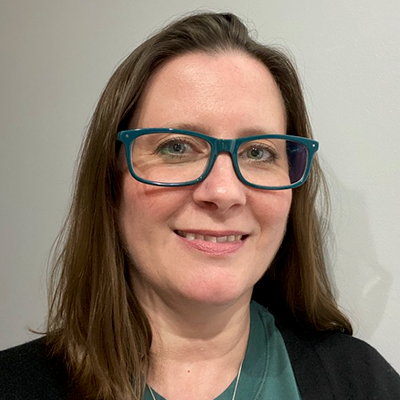 Amber Woller started her career as an elementary school teacher in Texas and then moved into administration when she relocated to Minnesota. She joined Tightrope in 2021 to work with accounting and human resources. She enjoys cooking/baking, spending time with her family and dogs, and reading. 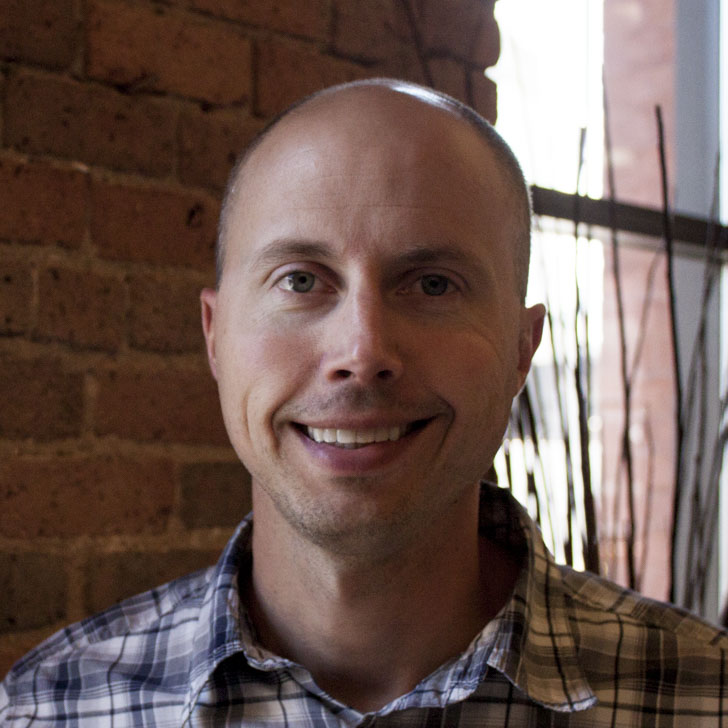 Director of Finance and HR

I have been officially working for Tightrope since 2008, but have been around the company since it's inception. I spend most of my time running the accounting and human resources teams. I also dabble in production, facilities management, and overall ensure our staff can focus on their roles the best they can. When I am not doing all of that, I spend time with our 3 uniquely amazing children and wonderful wife. I enjoy tackling DIY projects around the house, earned a black belt in Tae Kwon Do, and take my son to a new MLB ballpark every year since he's been born. 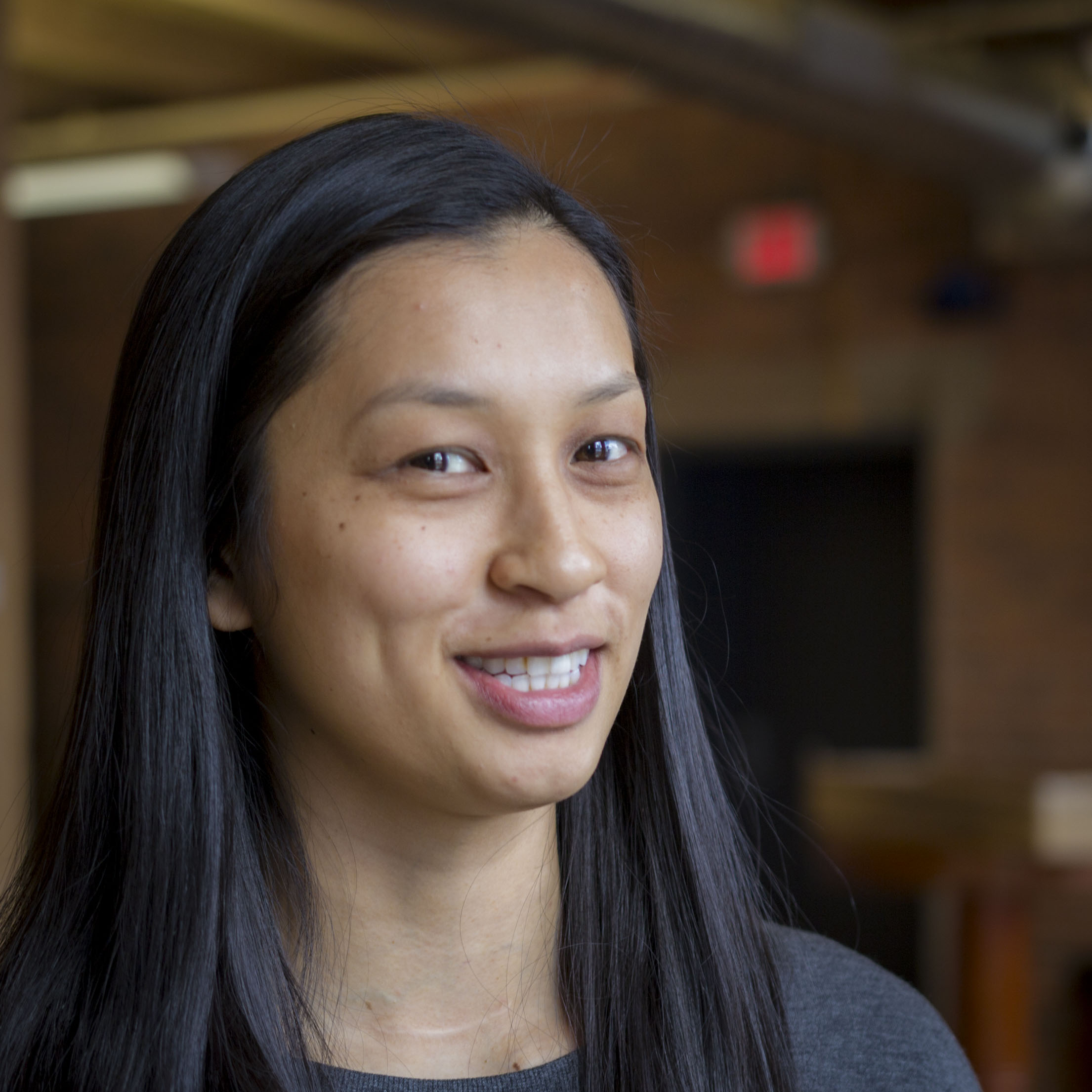 Bestina’s video production journey began when she stumbled upon Community Media Access Collaborative (CMAC) in sunny California - first as a member and then as their Membership Coordinator. Now part of the Tightrope team in Minneapolis, she looks forward to helping the office run like a well oiled machine. 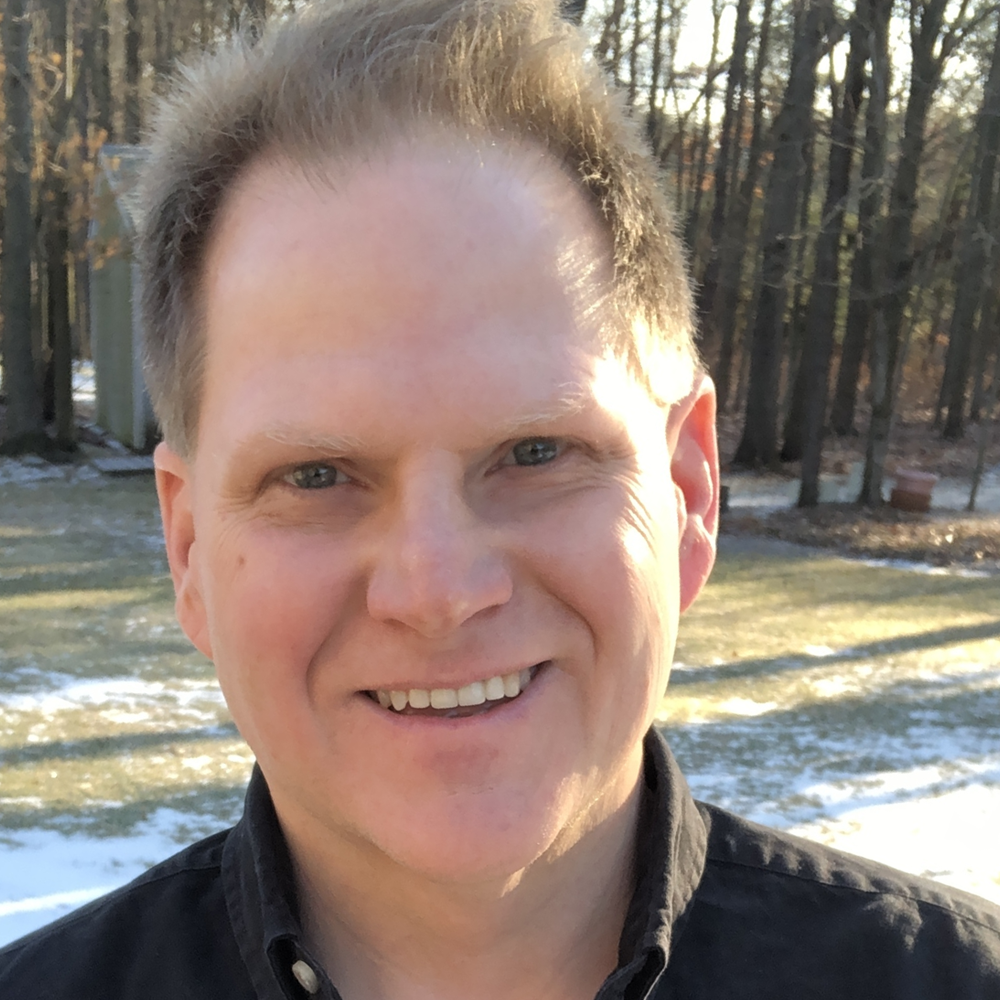 Access, education, local government: Bob’s been involved with every initial of the P.E.G experience over the years. He’s just left-brained enough to get himself into tech trouble and just right-brained enough to come up with a good story about it. Bob is based in the 413 area of Western Massachusetts, but not near the Tanglewood part. When he and his incredibly smart wife are not watching one daughter play sports or the other one dancing, he’s binging the Food Network or looking for a place to put his toes in the sand. 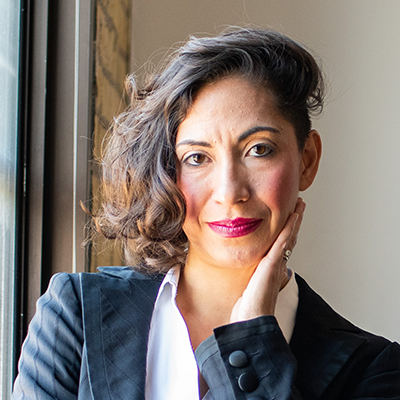 Dana has been entrenched in community media since 2000. She caught the media production bug when she was accidentally placed into a television class in high school. Since then, she started working as a meeting operator and progressed to her most recent position as Executive Director of a multi-city consortium. She joined the Tightrope team in 2022. When she’s not nerding out on learning new technology, she enjoys martial arts, gardening, reading, and family game night with her three kiddos. 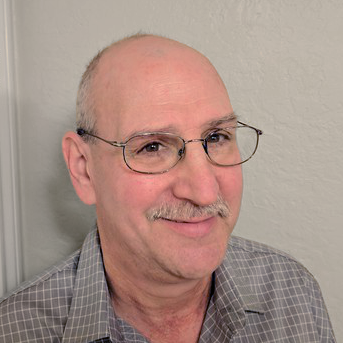 Elliot has a 30 year history in broadcast production and engineering, having served as production engineer, remote engineer & live event technical director at KTSM-TV & KVIA-TV in El Paso, TX. He was also a Regional Sales Manager for Synergy Broadcast Systems for 15 years. 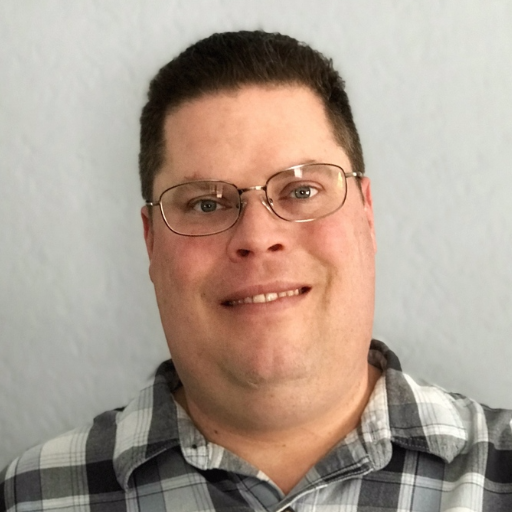 Grayson Vangen has been with Tightrope for 11 years with a primary focus on our Cablecast broadcast line. In those years he has performed a variety of roles from support, dealer/user training, commissioning, and sales engineer. He has experience in many different environments from PEG, higher ed, corporate, and cruise ships. This gives him a well rounded perspective of how our customers use Cablecast. Grayson is based out of Minneapolis. 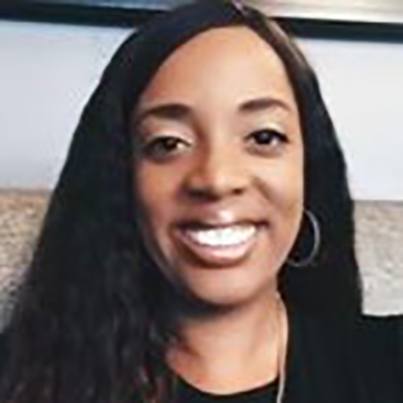 Katrina’s background involves wearing multiple hats in every part of the sales cycle for 10+ years. Now she enjoys being a part of a team where she can contribute her expertise while crushing quota. Her hobbies include spending time with friends and family, video games, and cooking. 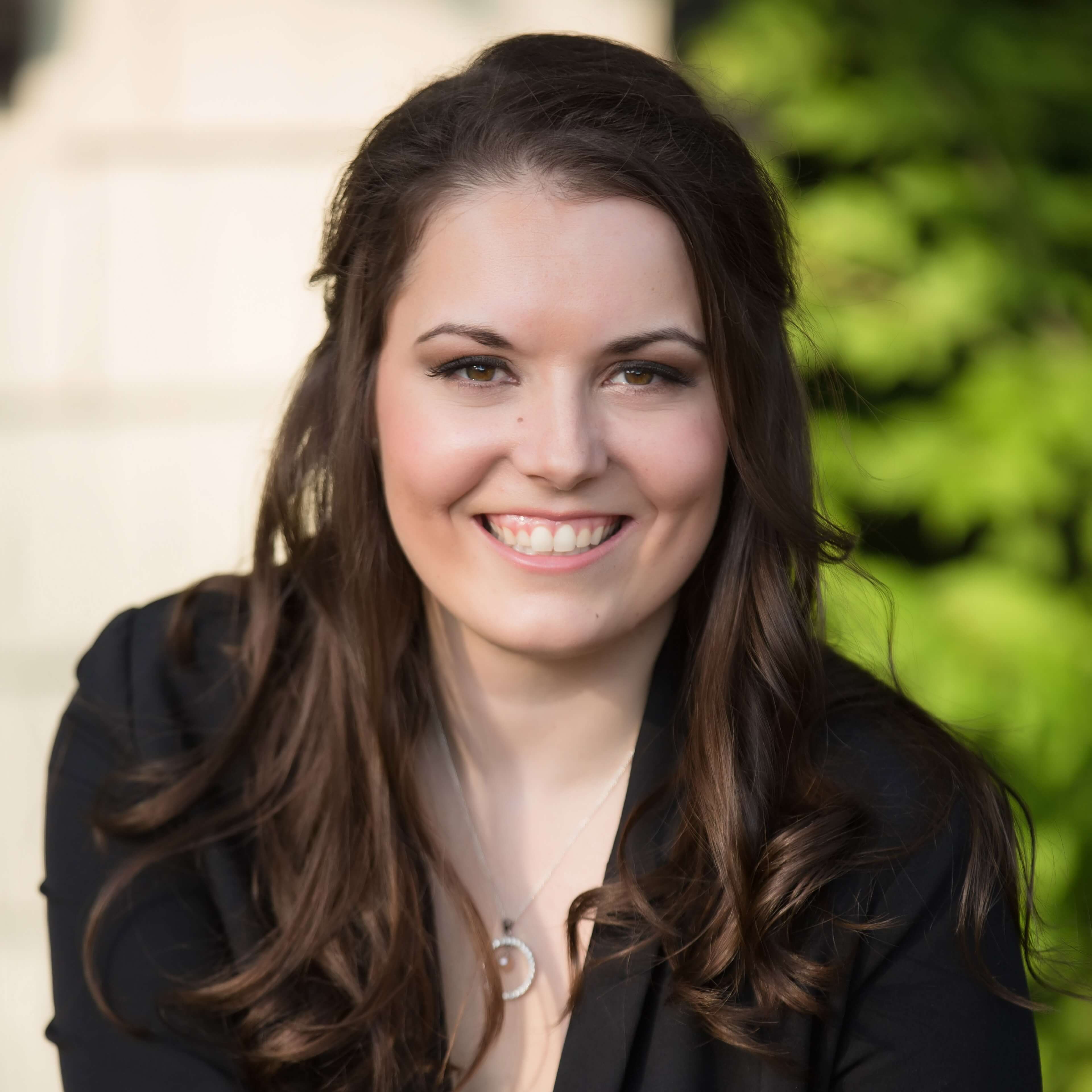 Having been the programmer at a couple of MA-based Community Media centers since 2010, Kayla is no stranger to Cablecast/Carousel. She got her start as the Director of Programming at Amherst Media in 2010 and then moved into the Programming Coordinator role at Billerica Access Television in 2015. As part of the Tightrope team, Kayla looks forward to helping Cablecast customers get the most out of their systems. Outside of the office, she has a passion for music and photography/film making. During the summer months, she enjoys camping, kayaking, and biking. 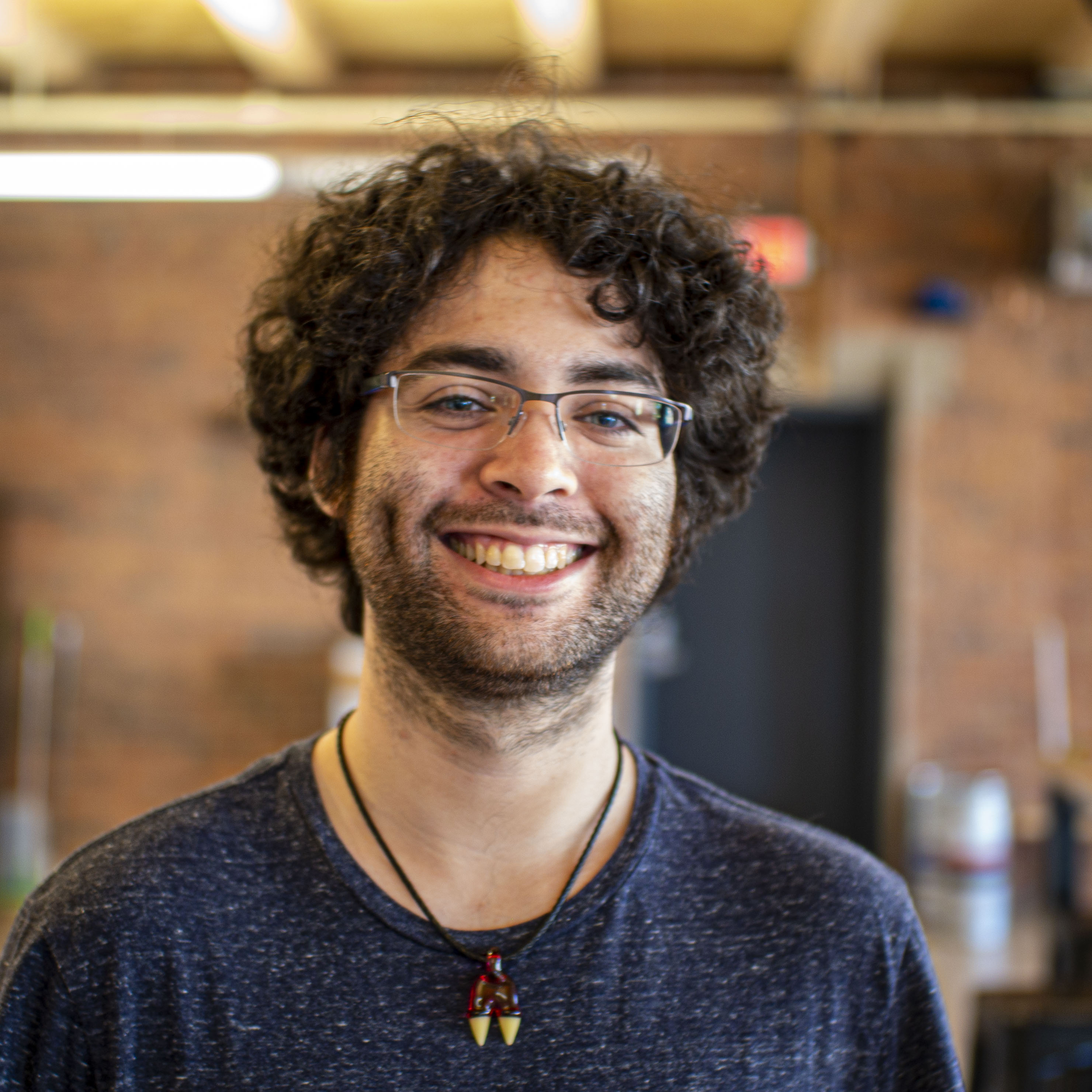 Kevin has been working in the technical support industry for as long as anyone can remember. When he's not helping customers out with their systems, he can be found pwn'ing t3h n00bs in League of Legends, Scootin around in Overwatch, or being social on Club Penguin. Last name is pronounced "Maple Syrup". 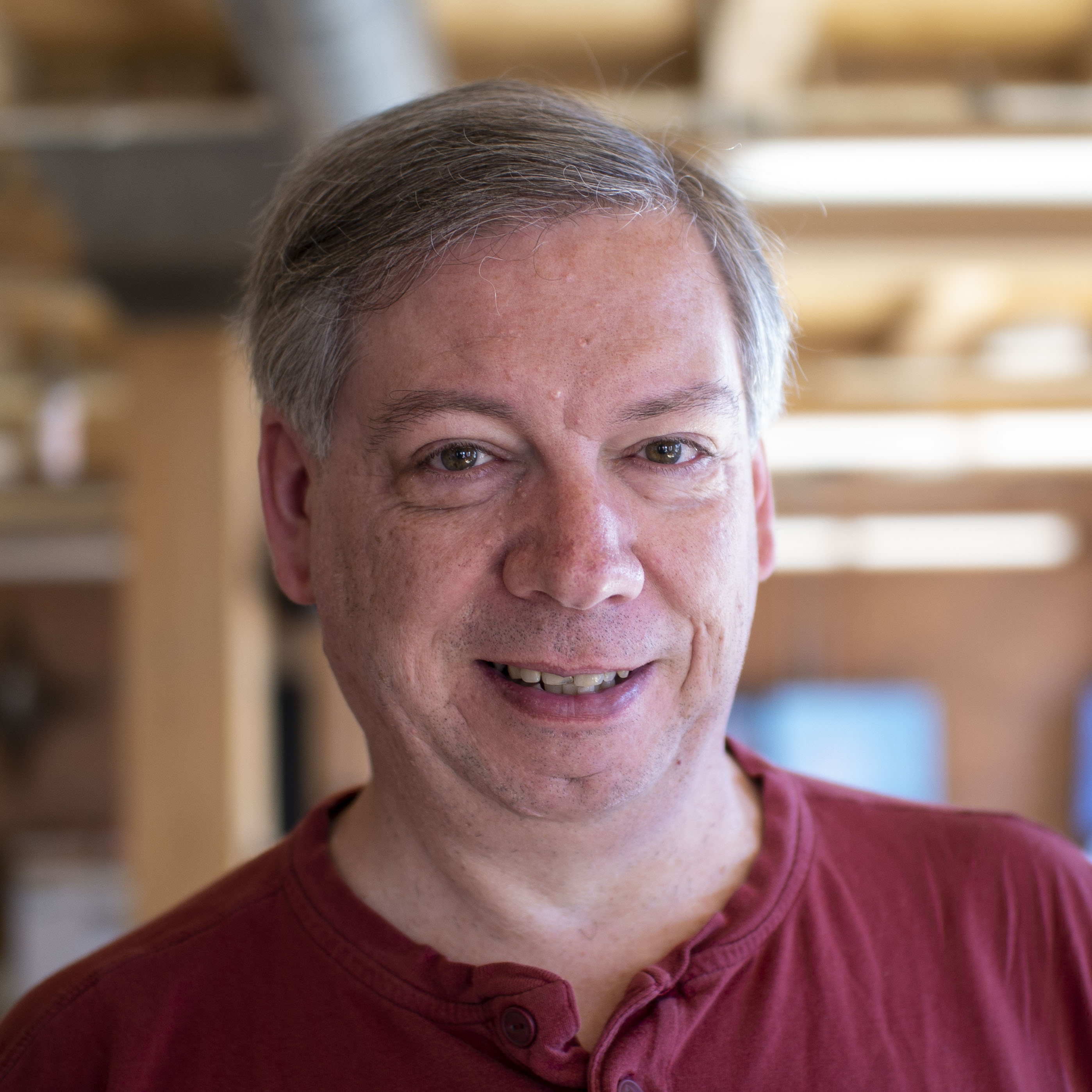 Mike began his professional career as an engineer at Boston's CBS affiliate TV station. He transitioned to software engineering when he joined Avid Technology and most recently led the development team at Home Automated Living designing automation software. Mike has also been an active volunteer for over 20 years at his local TV access center. In his off time you can find him enjoying the lakes and trails of New Hampshire. 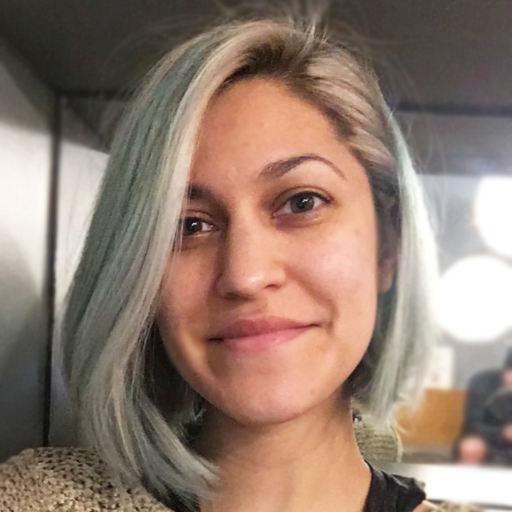 Michelle got her start as a community radio producer in 2008 and has stayed involved in a variety of community media projects. She joined the team in 2014. She works to keep the Cablecast user community connected and enjoys exploring all the ways that hyperlocal content creators build stronger communities. She's also always down for karaoke. 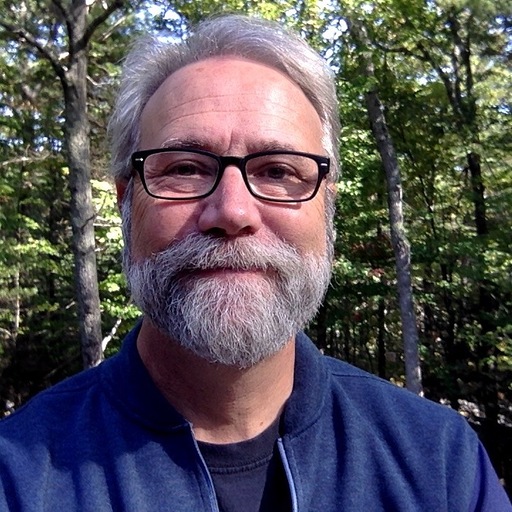 Has over 30 years of experience in community media and broadcasting, including his early advocacy for Community Cable Channels (PEG) in the 80s. Over that span, he has served as a station manager, trainer, engineer, content producer, educator and board member. He also spent many years as a consultant designing control rooms, playback systems, studios and remote "fly-pac" systems. 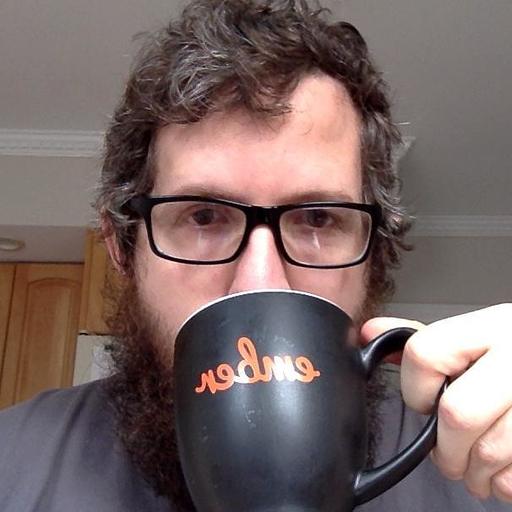 Has been with Tightrope since 2009. Typically can be found in Maine doing some dev stuff in Ember. His hobbies include scrapbooking, collecting yearbooks and building model railroads. He also climbs rocks. 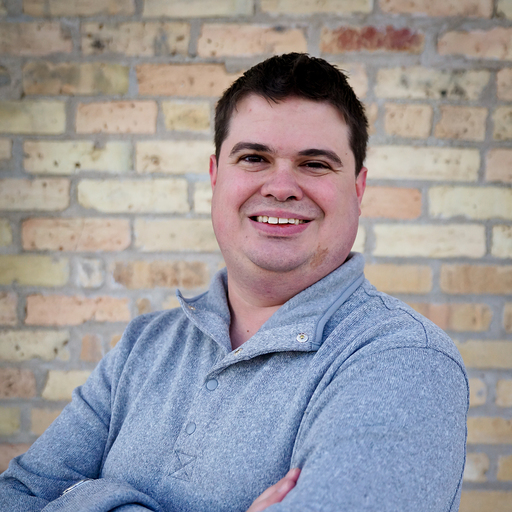 Ryan’s passion for teaching developed when he was a Public Access Lead at Suburban Community Channels in White Bear Lake, MN. From there he took his experience as a Cablecast and Carousel end user and brought it over to Tightrope. When he is not in trainings or working on tutorial videos, Ryan enjoys keeping track of his favorite hockey teams and spending time outdoors with his wife, three kids and dog. 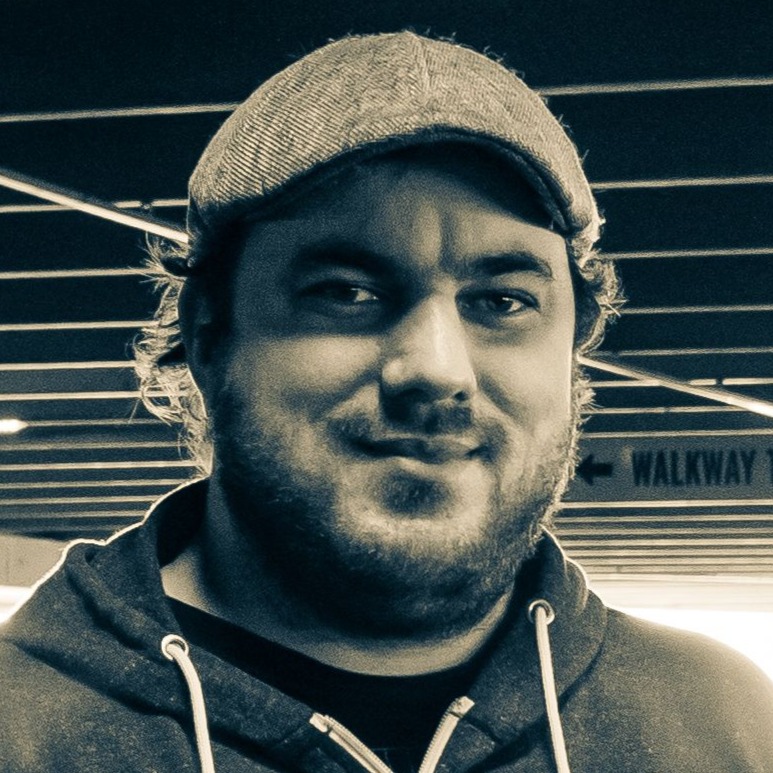 Grew up in Concord, New Hampshire and began volunteering in community media at age 13. In addition to his degree in information technology, he also spent over four years on staff at Concord Community Television before he moved to Minneapolis to join the Tightrope Team. Moved to engineering in January of 2021. 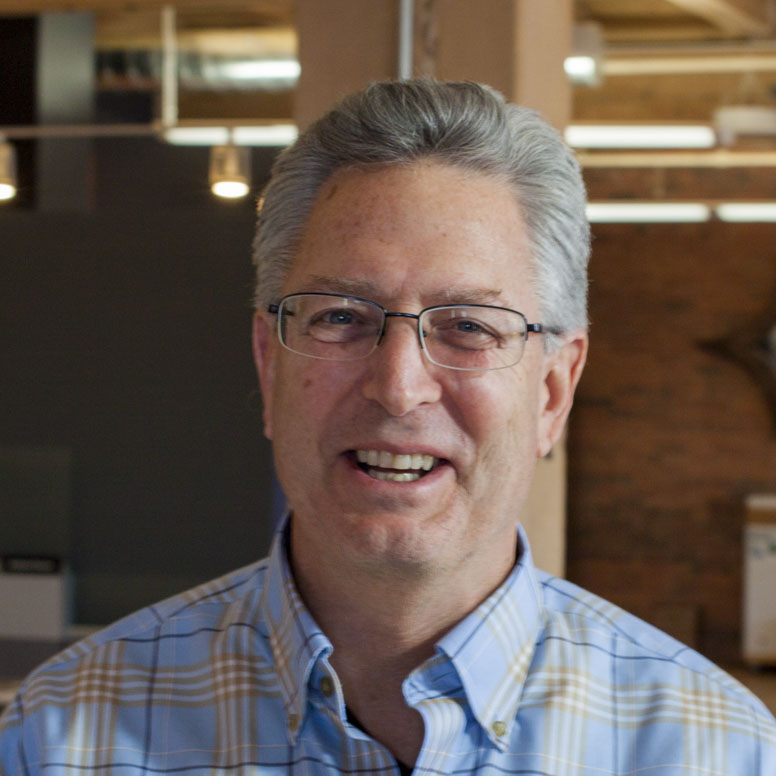 Steve has worked for a several cable operators in local programming, for several cable networks in affiliate relations, ran an access center back in the day, and over the last 11 years has worked with Tightrope Media Systems primarily focused on Cablecast. While working he is most often at a desk or on a plane, and while not working prefers to be outside, on a mountain, riding a wave, or walking a dog. 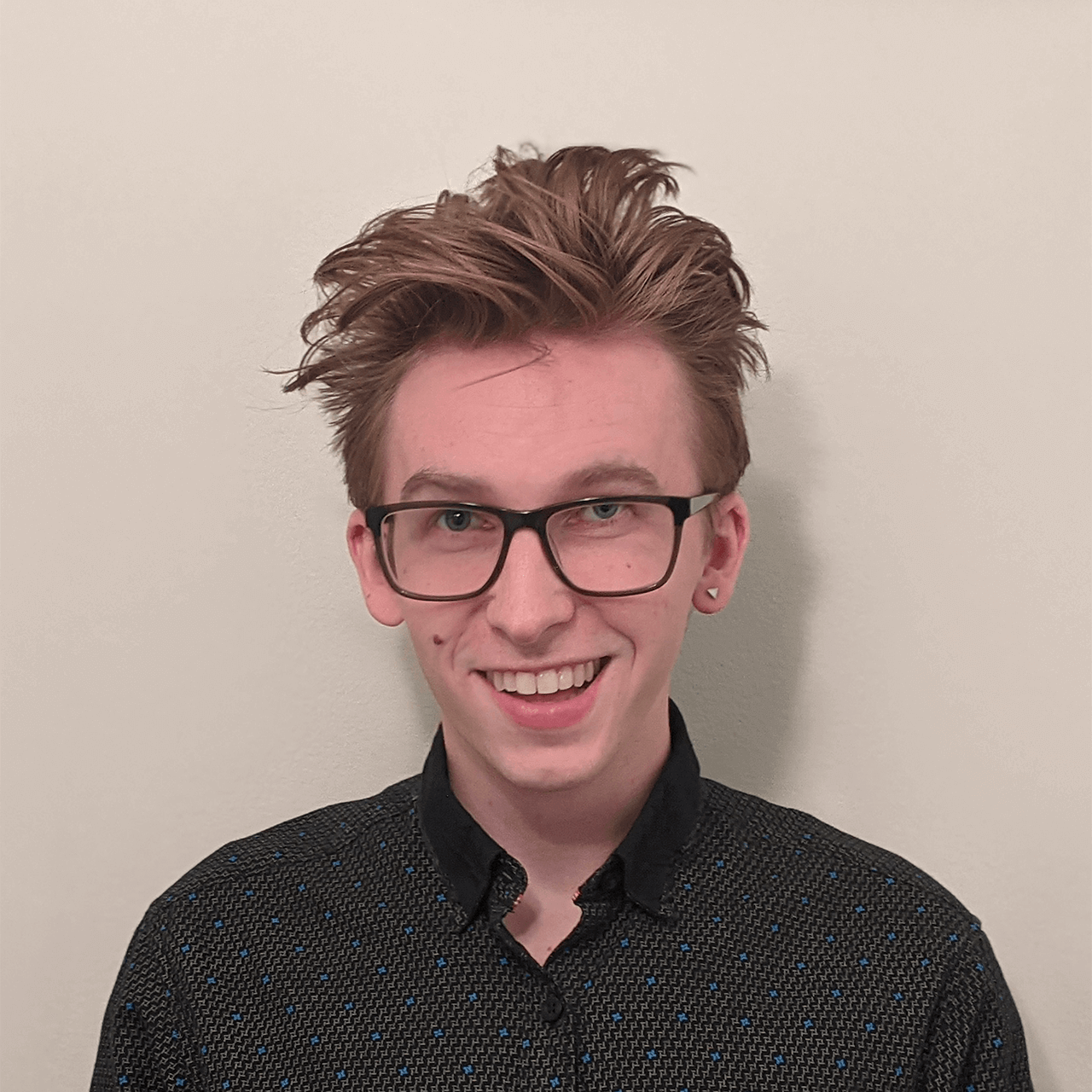 Tyler can trace his engineering skills back to debugging N64 cartridges. He graduated from the University of Dayton, ascribing his accomplishments to Cousin Vinny's Pizza, Red Bull, and future funk. Melee and novels take up most of his free time. His dream is to live in a world where the street lights are lava lamps.