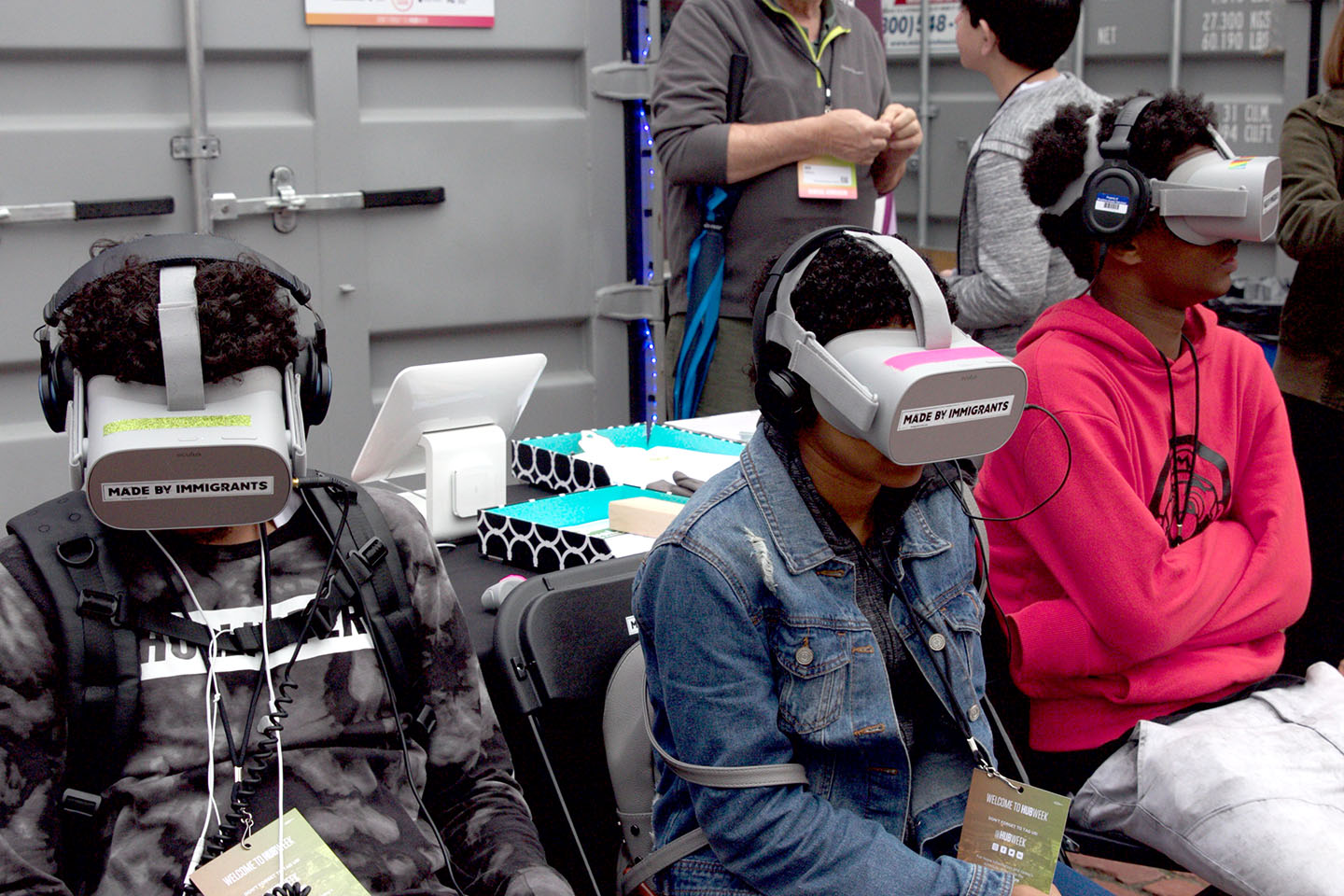 Virtual Reality (VR) continues to be a hot buzzword, but perceptions of the mainstream potential for this technology have varied. In this two-part series, we look at the unique benefits of this evolving medium, its ability to effect social change, and the opportunities for community media organizations to take a leadership role in educating the public about VR.

While commercial and consumer adoption of Virtual Reality (VR) to date has largely centered on video gaming and training applications, the potential impact that the technology can have on our society and how we relate to one another goes far beyond entertainment and education. All but written off by pundits at various times as an expensive fad, interest and investment in VR for storytelling and social change is on the rise. Organizations striving to increase engagement for social causes can leverage VR to affect audiences more deeply than is possible with traditional media, while a growing number of community media centers are offering access to VR production tools and training to ensure under-represented voices can leverage VR’s power.

“Every major technology company is now investing millions in XR,” said Kathy Bisbee, executive director of Brookline Interactive Group and co-founder of the Public VR Lab. “Consumer adoption, however, is still in its nascency. Five years ago, I thought we would have made more progress by now, but the tide is turning. Just in the last 18 months, many new public access labs have been popping up to let people learn and use XR for social impact.”

Bisbee’s use of the term “XR” highlights the need to distinguish between related yet distinct technologies that are often conflated. While Virtual Reality describes simulated experiences that are intended to be immersive – hiding the physical world and replacing it with a virtual experience – Augmented Reality (AR) refers to interactive experiences in which real-world environments and objects are overlaid with virtual enhancements. Meanwhile, Mixed Reality (MR) takes AR a step further, enabling greater even user interactivity with both real and virtual objects in hybrid environments.

360-degree video is also often referred to as a form of VR, as it offers viewers control over their perspective, but viewing such a video on a two-dimensional screen is a vastly different experience than headset-based immersion. Even the “XR” term has multiple interpretations – referring to “Extended Reality” as a superset that encompasses all of the above, or with the “X” simply serving as a variable for “A”, “V” or “M”.

Citing the mobile game Pokemon Go as one of the first apps that brought AR into the mainstream spotlight, Bisbee highlights community wayfinding and guided tours as examples of practical AR applications. “AR adds a layer of information and entertainment over reality that makes it fun and engaging for people,” she explained. “For instance, a project we did about Boston Marathon stories had hyper-localized story bubbles appear in the app as people ran the course.”

Shannon Carroll, founder and creative director at Vivid Story – a creative studio in New York City focused on the intersection of art and social change – agrees that the interest tide has been turning towards AR and MR rather than VR. “What companies want to invest in now is AR and MR, as smartphones give them delivery capabilities on a mass scale rather than requiring a headset like you do with VR. For me personally, some of my favorite experiences have combined multiple forms in a mix of virtual and the real world, such as blending VR with live-action theater.”

“Simulating an experience can give people [an understanding] of what it might be like to be in somebody else’s shoes... You aren’t just watching from the outside; you feel like you’re actually there, and you have agency to make choices and be involved. [That is] very different from traditional media.”

While AR, MR and VR each have their own advantages as forms of communication, the immersive characteristics of VR may make it most the appropriate choice for social impact initiatives. “I think what makes VR special is its sense of presence, and the emotional connection that you can feel when you are transported somewhere else,” said Carroll. “When you’re in a headset with someone else, it takes you to a different place, and you feel like you’re there. The intimate, one-on-one experience is very different from watching something on a large screen far away. That emotional engagement is powerful in driving social change.”

“Simulating an experience can give people empathy, compassion, and an understanding of what it might be like to be in somebody else’s shoes that they can’t get from just watching a screen,” concurred Bisbee, whose Arrival VR storytelling project serves as a conduit for community-facilitated conversations about immigration. “You aren’t just watching from the outside; you feel like you’re actually there, and you have agency to make choices and be involved. That immersion produces empathy and a feeling of power that can be transformative for the viewer, which is very different from traditional media.”

While that emotional connection can make VR more powerful for social good than its other XR counterparts, the delivery considerations Carroll mentioned earlier are crucial to determining whether immersive VR makes sense for a particular project. “With any form of communication, you need to start by defining your message and thinking about the best way to reach your target audience,” she explained.

Prior to the social distancing restrictions necessitated by the COVID-19 pandemic, Carroll highlighted select in-person gatherings as ideal forums for the use of VR for social good.  “For example, VR can be effective for social impact at galas, where you have a small, targeted group of likely-influential people in a single space,” she explained. “It’s really easy to have some headsets set up there, and to really make an emotional impact on those potential donors.”

The Effect of COVID-19 on VR

While in-person events have been suspended during the pandemic – and new safety protocols will be needed for the use of shared equipment such as VR headsets in the future – there continue to be readily-accessible ways for people to consume XR content. Browser-based options and online platforms such as AltspaceVR enable users to enjoy XR experiences on their laptops or smartphones, and to take advantage of their personal VR headset if they own one.

Of course, browser- and smartphone-based viewing options cannot deliver the immersion of a headset, and as such, don’t provide the same level of emotional engagement. “Headsets are not ubiquitous in the same way that smartphones are, so many people don’t have access to the full intended experience,” said Carroll. “You really have to think about who your audience is and how you can best reach them.”

Bisbee concurs that headsets provide a very different experience than 2D alternatives, while pointing out that affordable new models of VR headsets are making the technology more accessible to consumers. “For example, the self-contained Oculus Go is priced attractively and doesn’t require a laptop or game console, and while it isn’t volumetric with movement tracking like the Oculus Quest, it still provides an immersive viewing experience,” she said.

Platforms such as AltspaceVR are also providing a new place that people can meet and interact in during the worldwide health crisis. “People have been creating all kinds of new VR experiences there during COVID-19, from meet-ups and live shows to VR church,” Bisbee said. “It’s like a VR version of public access, and they’ve done a great job of building new communities when we can’t be together in person. Another great example of the use of XR during the pandemic is MIT’s AR-augmented online graduation ceremony, and I think we’ll see more of this type of usage as part of our ‘new normal’.”

Measuring the Impact of VR

Research studies such as those done by Stanford University’s Virtual Human Interaction Lab explore VR’s efficacy in driving behavior change such as raising donations, but for Carroll, the emotional impact is also a sign of success. Working with humanitarian agency CARE and VR for Good by Oculus, Vivid Story produced a headset version and a 360-degree desktop version of virtual reality experience Women on the Move – which together have been watched over 1.3 million times.

“Our goal was to bring the story of women’s empowerment in this Nigerien village to CARE’s core audience in the U.S., and the viewership numbers alone speak to the project’s success,” said Carroll. “But what was really amazing was hearing how people were emotionally impacted by it and cried. There’s no question that VR is an impactful and powerful medium, even if the technology hasn’t fully taken off yet in terms of consumer devices.”

In part two of this series, we will explore the some of the challenges facing producers getting started with VR, and how community media organizations can help overcome these obstacles. Stay tuned. 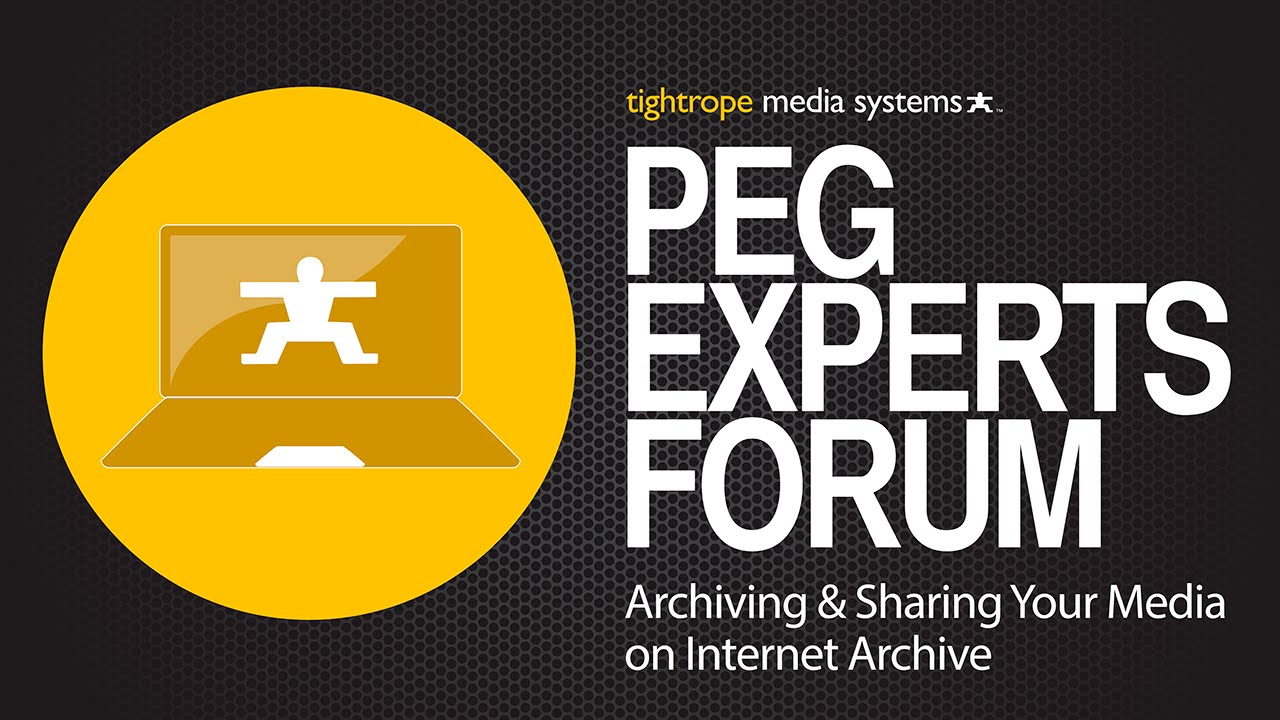 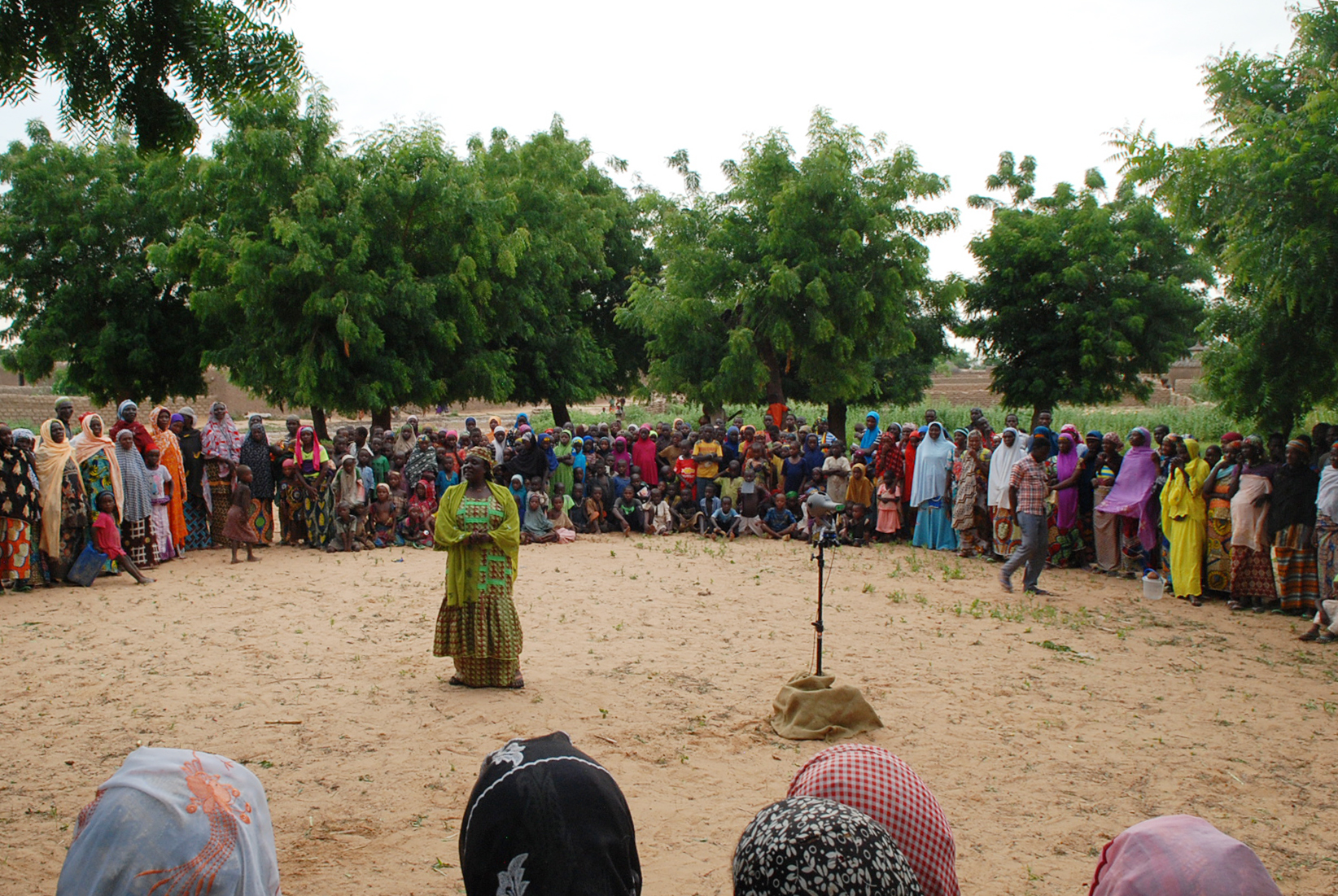 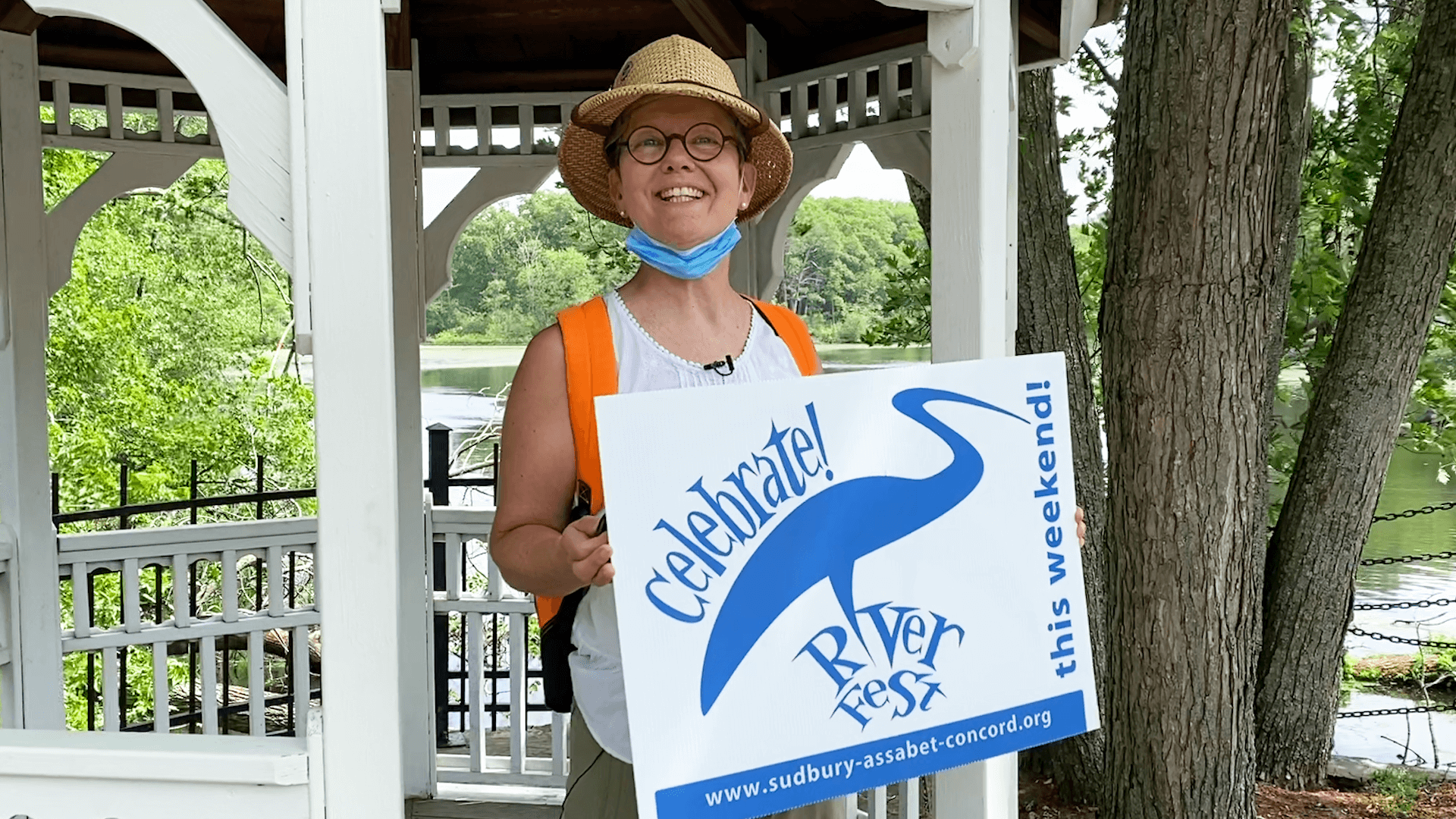 How to Make a Virtual Tour: A Producer’s Guide for Beginners
PEG Experts Blog
Next