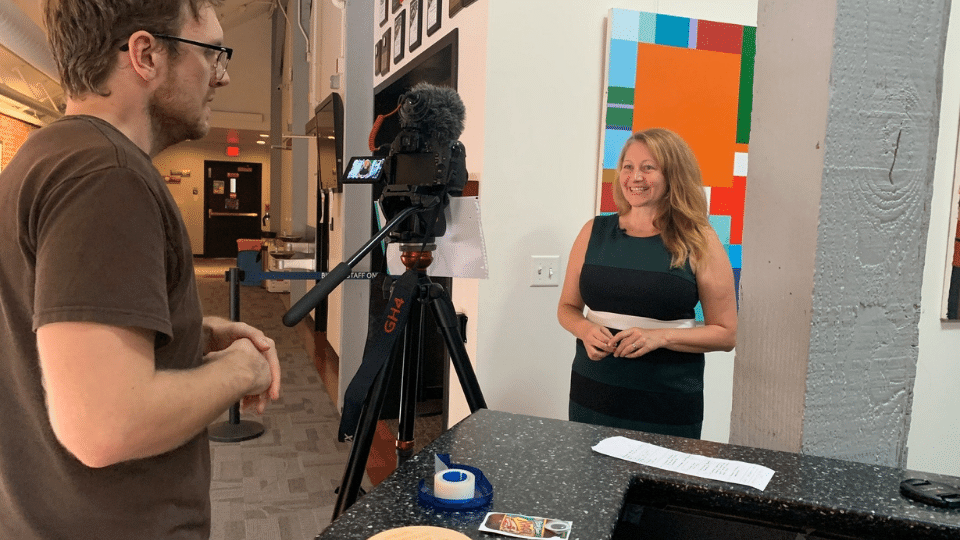 Brookline Interactive Group, an independent nonprofit community media center serving Brookline, MA, is fighting an uphill battle for revenue. While BIG tripled its content from 2019 to 2020, funding from cable fees (its main funding source) continues its steady decline. For 2019-21, BIG lost $125,000 from reduced cable fees, and estimates show funding could be cut in half over the next five years, as viewers move from cable to streaming services.

Kathy Bisbee, BIG executive director, is leading the charge toward financial stability by redefining BIG’s place in the community. She makes a point of emphasizing BIG is a community media arts center, not a TV station. It’s an intentional shift in language that encompasses BIG’s efforts to not only create content, but to teach people to create content and encourage civic engagement.

“We do so much more than television,” she explained. “There are so many different ways people are consuming our content.”

Bisbee has framed public access as a legacy model that needs to evolve. While she believes community media centers offer tremendous value to the communities they serve, their relevance and timeliness are not always understood or promoted – mostly because the centers fail to promote themselves or tell their own stories. This “unsung hero” mentality may be noble, but it doesn’t keep the doors open when franchise fees disappear.

Working without guaranteed operational funding since she joined the PEG ranks almost 15 years ago, Bisbee has always looked for ways for her community media centers to be resourceful and adapt. Now in her seventh year at BIG, she said funding issues have become even more important.

Bisbee made it pretty simple: BIG and other community media centers have to figure out how they are relevant, why someone should care about that relevance, and why a person or organization should make a donation or hire that organization for fee-based services. Of course, they also have to share their stories, not just the stories of the communities they serve.

This article is unique! Subscribe below and we'll let you know when we add more like this.