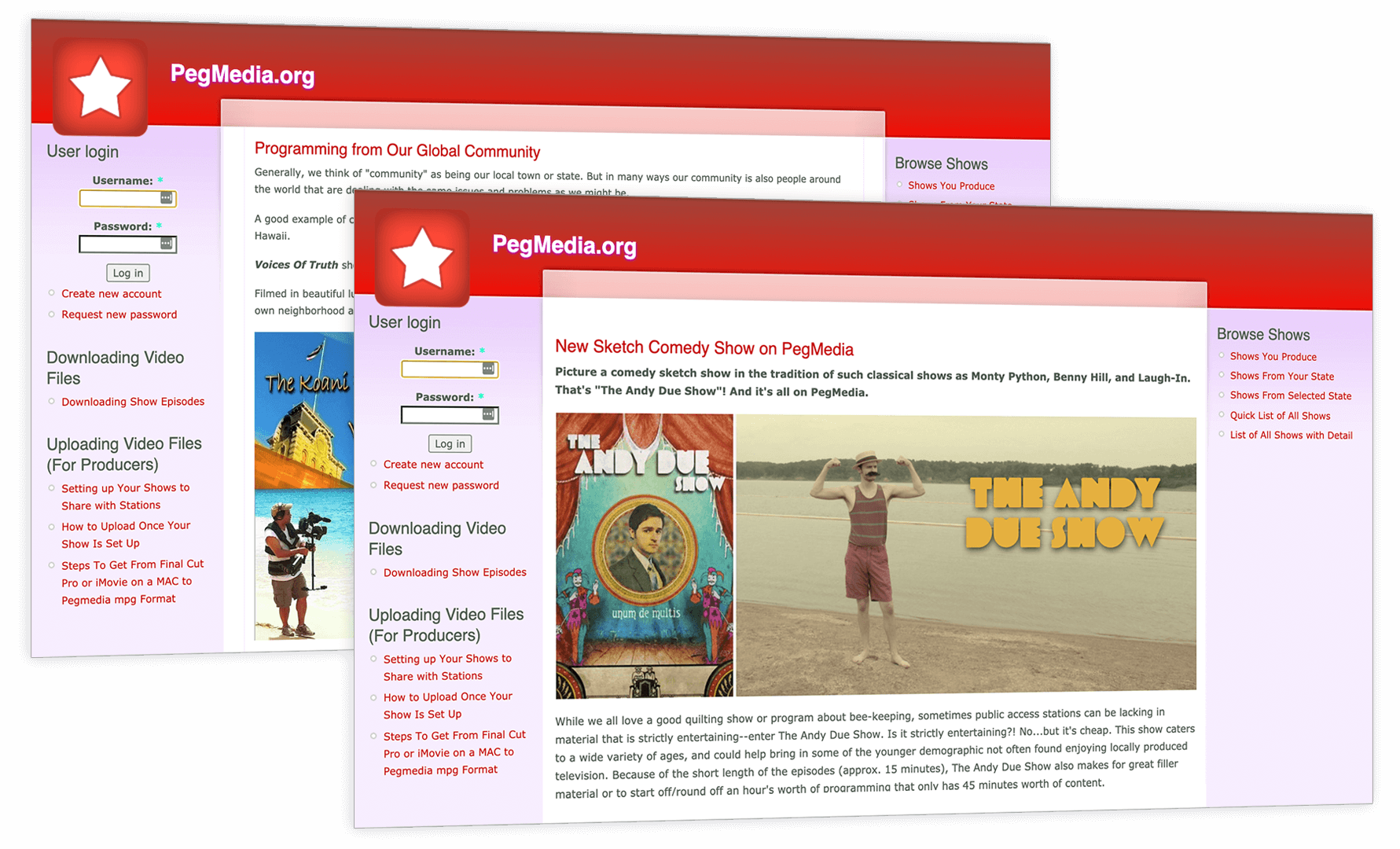 The PegMedia.org website provides an easy-to-use resource for content producers to make their programming available to many PEG (public, education, and government) television stations simultaneously, while at the same time giving stations access to a wide variety of interesting programming to fill out their channels.

“All television stations are limited in the amount of local content they can produce, but PEG stations have less access to national programming than commercial network affiliates,” explained Robert Nichols, founder of PegMedia Inc. “PegMedia.org gives stations access to a library of more than 35,000 videos – and growing – that can complement their own local productions. For producers, it enables their content to be seen by more people without worrying about the mechanics of distribution, and with their shows presented to PEG stations in a curated way that makes it stand out.”

Founded in 2007 to transfer shows between PEG stations in Maine, PegMedia.org rapidly expanded to serve stations and content producers across the United States and beyond. Charging only nominal transfer fees to cover bandwidth and storage costs, the site now has thousands of users throughout the country and as far away as Cape Town, South Africa. Looking to step back from running and maintaining PegMedia.org after 13 years, Nichols wanted to find a new home for the site that would carry on its mission while staying true to his original intent.

“Talking to the folks at Tightrope, I felt like they would give PegMedia.org the attention it deserves while preserving its values of friendliness, affordability, and accessibility to all PEG stations and producers,” said Nichols. “Being under the Tightrope umbrella will ensure its long-term survival and growth. With a whole team of passionate PEG experts from operations and engineering to marketing, Tightrope is well-positioned to take what I started to the next level.”

While Tightrope offers its own Cablecast Community Media automation and playout platform, the company plans to continue making PegMedia.org available to all PEG stations regardless of which hardware and software solutions they are using. One of Tightrope’s first initiatives for PegMedia.org will be taking advantage of Tightrope’s extensive industry relationships to further grow the site’s user base. The more users that actively participate in PegMedia.org, the more content will be available to participating stations, and the greater the potential audience for producers.

“We are honored that Robert is entrusting us to continue what he started,” said Steve Israelsky, President, Cablecast Community Media. “PegMedia.org provides a valuable service to the PEG community, and we very much want it to continue to succeed. With our large nationwide customer base, close relationships with the PEG industry at large, and our planned efforts to promote PegMedia.org, we believe we can significantly expand its active user base. We look forward to further developing the PegMedia.org service while keeping it affordable and widely accessible.” 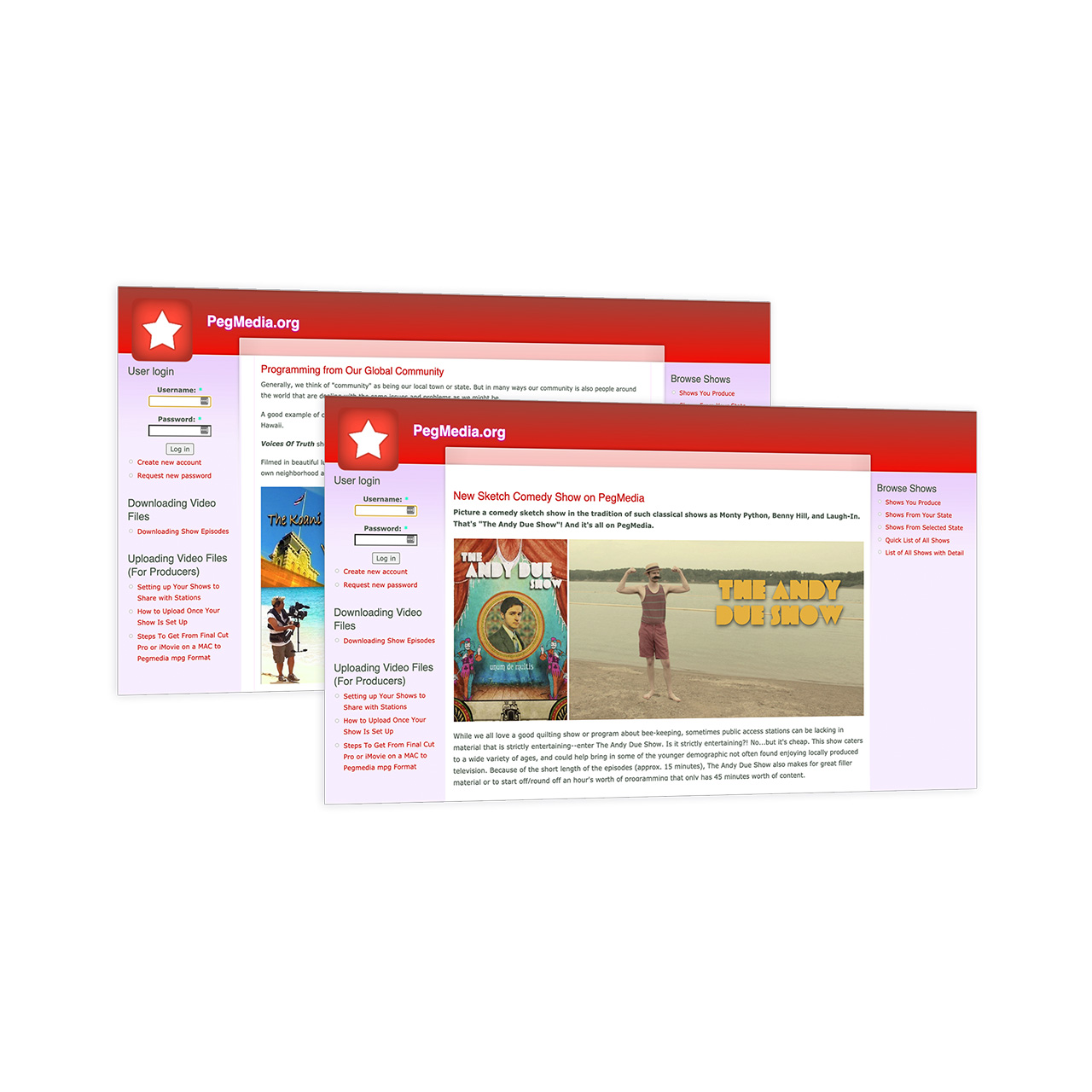 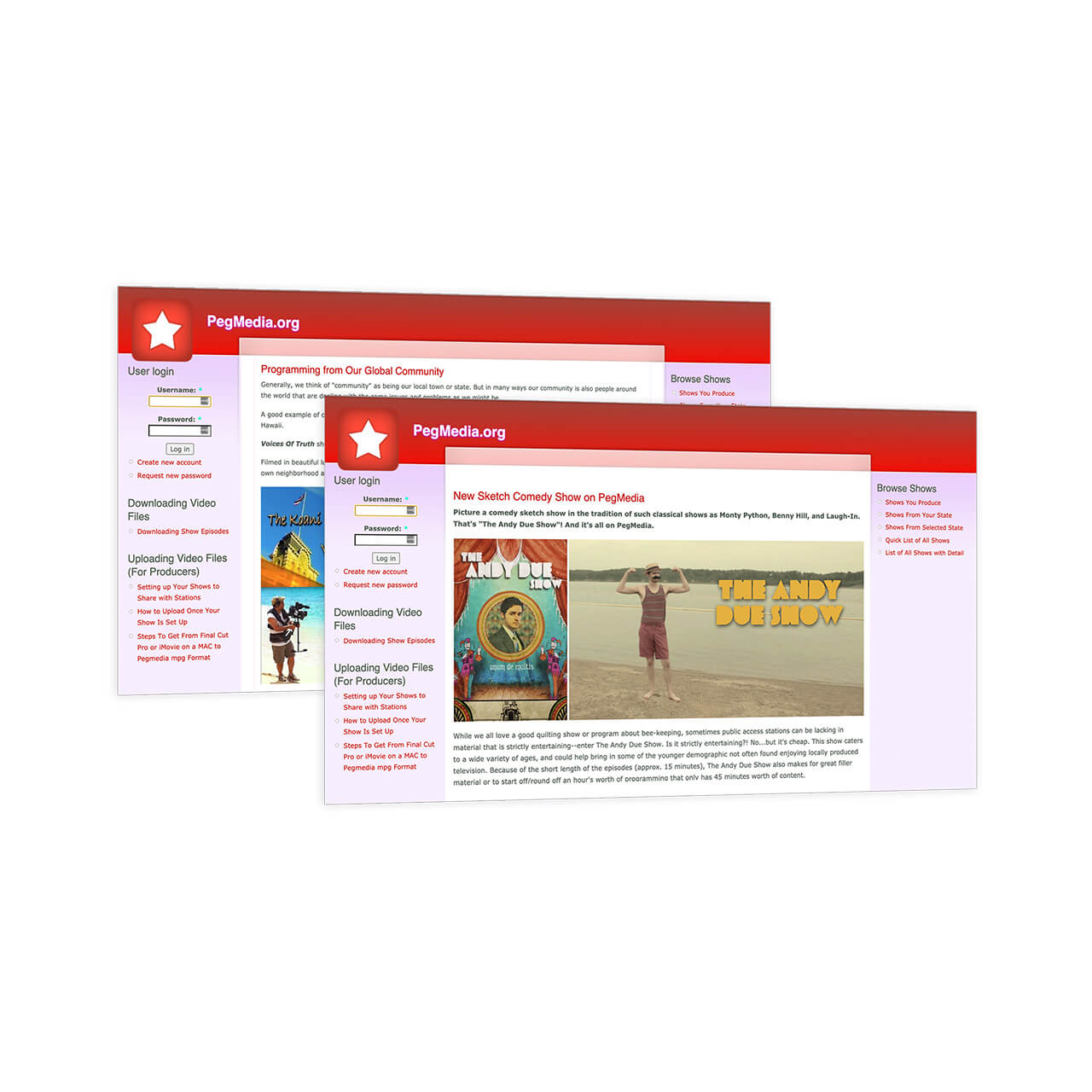 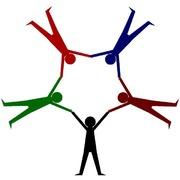 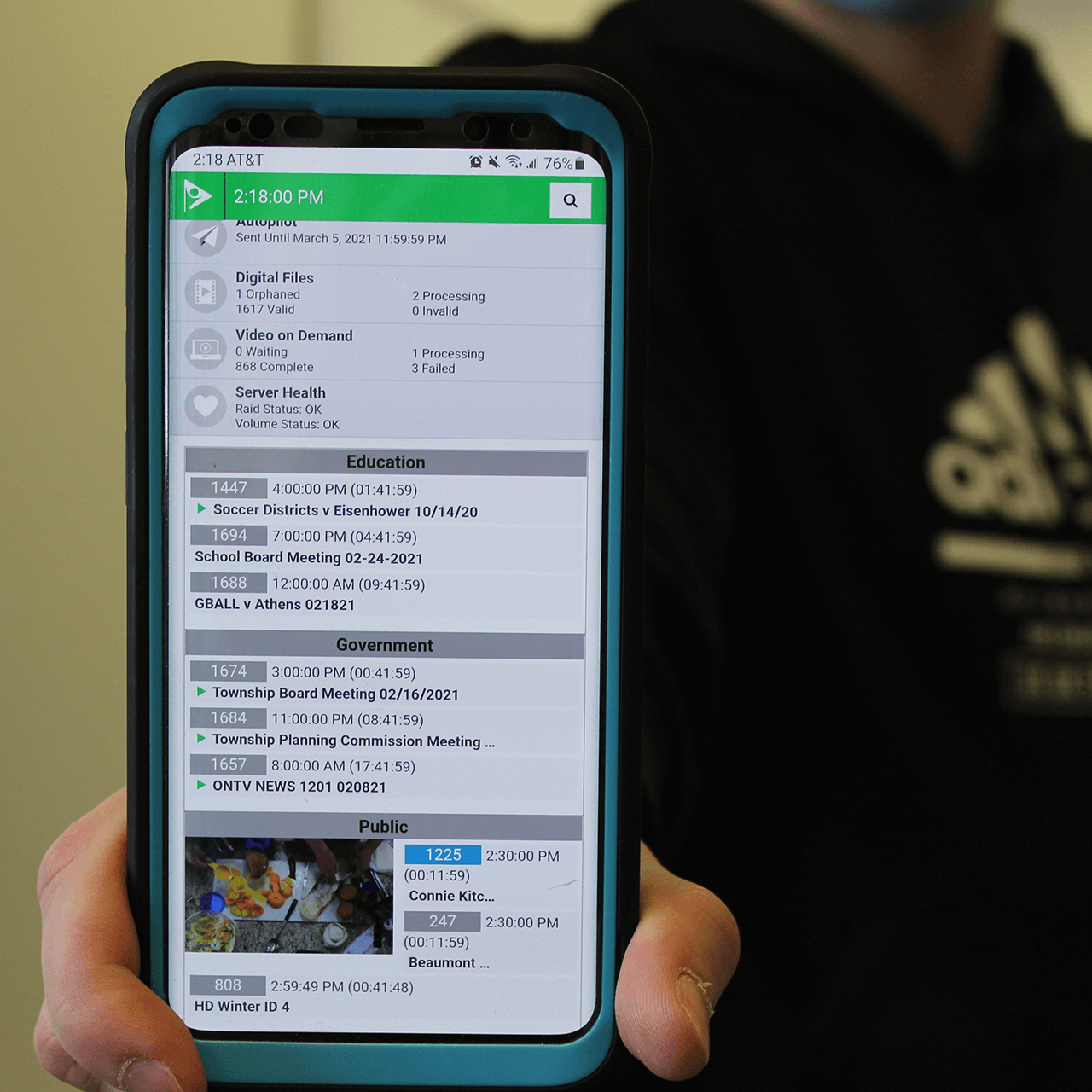 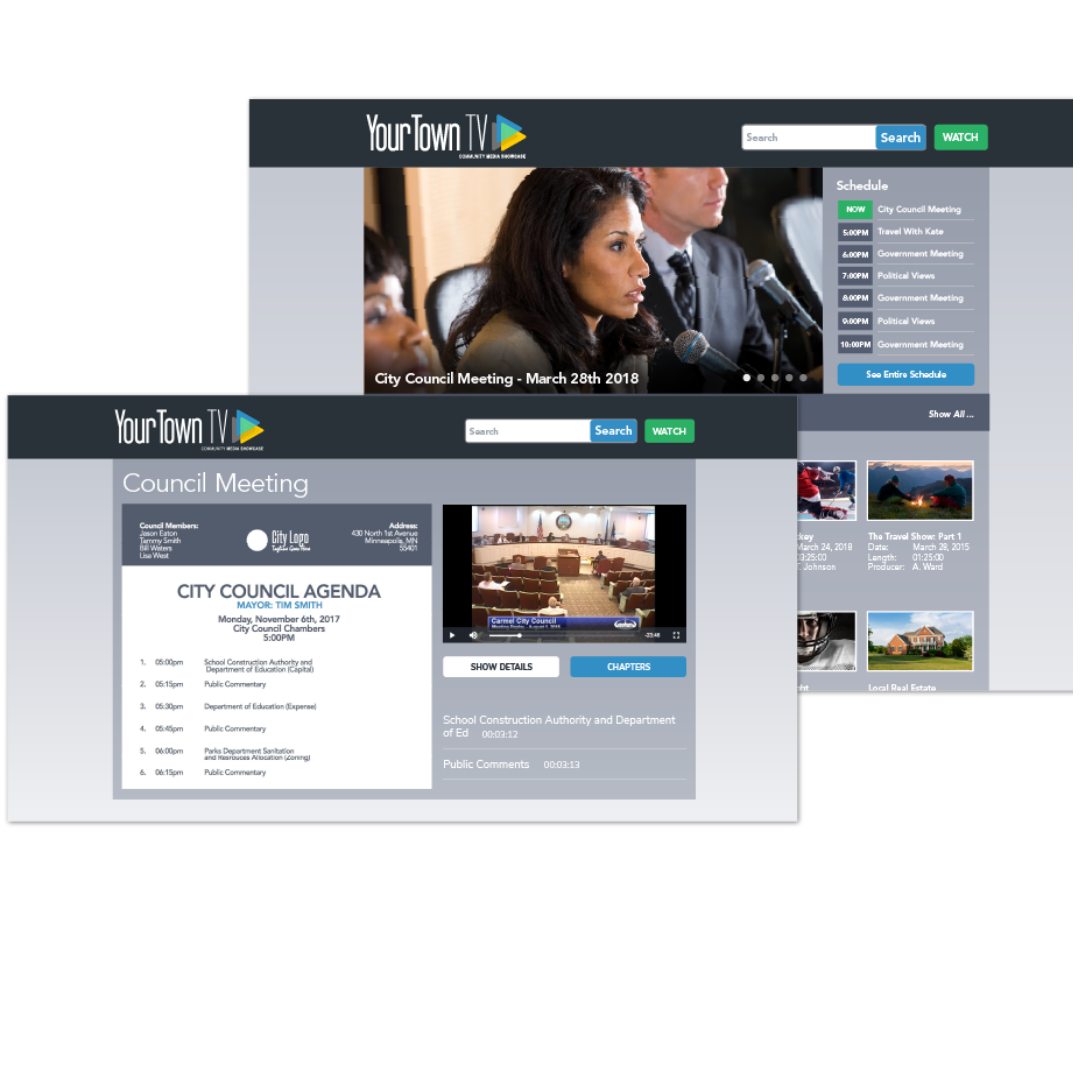 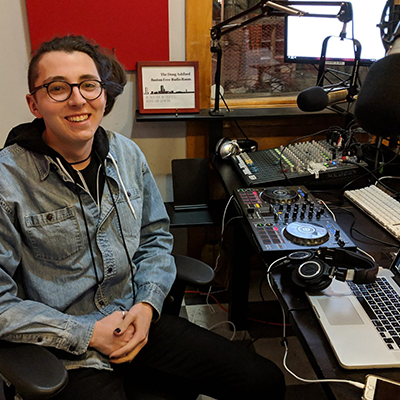